Kim Hyeong-seek knows what he would do in a zombie apocalypse.

He has a supply of canned and dried food, and has seen enough zombie movies to realize his best chance of survival is to hop on a bicycle rather than get into a car. Zombies have a thing for cars, and then there’s the inevitable gridlock. When the time comes, though, he reckons it’d be best to relent and let the zombies feast on him so he can join their ragged, swift masses.

Kim has his reasons. A cultural studies scholar and critic who became fascinated with zombies when he was a college student confused about his future in a cutthroat society, he related far more to the hordes of undead clamoring at the door than the living fighting to shut them out.

Lately, it seems zombies are everywhere in South Korea.

They’ve taken over high-speed trains, swept through densely packed apartment complexes and risen in the demilitarized zone between the Koreas. They’ve emerged in 15th and 16th century Korean history, cropped up in K-pop songs and videos and peppered vitriolic barbs exchanged by politicians. There have been accounts of a private detective, a runaway girl, a king and a grandpa, each with the unmistakable ashen skin hue, unfocused pupils and insatiable hunger for human flesh.

Eschewed just a few years ago as a grotesque foreign phenomenon, zombies have since proliferated in the Korean imagination, producing a flood of movies, dramas, novels and even academic works on and about the undead.

In the midst of a viral pandemic that at times feels uncannily like a zombie apocalypse, South Korea’s walking dead have also struck a nerve with international audiences. The zombie flick #Alive topped Netflix’s worldwide streaming last fall and entered the top 10 in 90 countries. Hollywood, which popularized the modern cinematic zombie, is planning a remake of “Train to Busan,” the 2016 blockbuster that instigated South Korea’s zombie craze. The government has taken to promoting them as a soft power cultural export — dubbing them “K-Zombies.”

Zombies sell and zombies travel. It’s a huge shift from seven years ago when Kim decided to focus his master’s thesis on zombies and the social anxieties they reflect. His advisors tried to talk him out of it, saying zombies were a niche genre with little appeal or relevance. But seeing the gaping inequalities, rat-race competition and distrust in government and institutions all around him, Kim bet zombies would one day slip into the South Korean psyche.

“Whenever the world is unstable and people are anxious, and there’s a prevalent sense that social collapse is near, zombies surge in popularity,” he said. “It’s a creature that feeds on the anxieties and fears of any given society and morphs accordingly.”

With origins in voodooism in colonial Haiti, zombies have for decades served as a social allegory providing biting (ahem) commentary in the U.S. Some of the earliest American zombie flicks by George Romero were charged with the racial tensions of the 1960s or the mindless consumerism of the 1970s.

“Train to Busan” was released following two events that shook South Korea’s faith in its government: the bungled 2014 rescue response by officials that led to the drownings of hundreds of high school students in a ferry sinking, and the widespread panic caused in 2015 when the government provided little — or inaccurate — information on the spread of the Middle East Respiratory Syndrome.

“It tapped into the dread people were experiencing at the time,” said cultural psychologist Han Min. “The country or the society won’t guarantee your survival…. If you want to live, you’ve got to fend for yourself.”

Han said he saw reflected in the ultrafast zombies in South Korean movies and dramas — in contrast to the slow, ambling classic zombies — the frenetic pressures today’s South Koreans face to adapt and get ahead.

“It’s a society in which you have to be fast to survive,” he said.

College senior Kim Jin-hyun had initially watched the movies and dramas as escapist fun. But he came to see himself and his contemporaries in them after a friend died abruptly in 2017.

The friend, who was studying medicine, had worried about flunking out of school and spent his days studying while also working a part-time job overnight at a convenience store. He died at 20 of a heart attack in his cramped, cluttered apartment.

Kim Jin-hyun had felt similar pressures, loading delivery trucks or working at bars or restaurants while in college. After his friend’s passing, he started questioning whether he’d been mindlessly rushing along in his life like a zombie instead of focusing on what was important to him.

“Zombies are human beings that have lost their humanity,” said Kim, now 24. “That doesn’t seem to exist just in fantasy.”

Last February, when the coronavirus outbreak emerged in South Korea, Joo Dong-geun was startled to see so much of what had gripped his imagination about zombies play out in the real world.

He authored a series of web comics from 2009 to 2011 set in a high school in a city overrun with zombies. He drew on his memories of his school days, with strict hierarchies between teachers and students, bullies and the bullied. He enjoyed the thought experiment of that strata breaking down in the face of survival.

“The fear comes from not being able to trust the people you used to know, having to question, ‘You’ve been infected, haven’t you?'” he recalled. “You end up being forced to stab someone who was your friend a short while ago.”

A couple months after he started posting the comics, the website asked him to take them down after parents complained they were too gruesome. But the series had been so popular that he was soon signed on as a paid comic artist. A Netflix series based on his comic, titled “All of Us Are Dead,” is slated for release this year.

When Joo saw images of Wuhan being barricaded in the early days of the pandemic, it felt a lot like the fictional city in his comic, which he imagined would be cut off and abandoned by the central government, along with any survivors. Fresh in his memory at the time was the image of shipping containers piled high in central Seoul in 2008 by a president fearful of democratic protests.

“I wanted to draw the utmost accurate depiction of Korea,” he said. “I melded within the story the South Korean society I lived through.”

Kim, the cultural studies scholar, last fall published a 504-page treatise on zombies, their ontology and their resurgence in the times of neoliberalism titled “Zombiology.”

For him, South Korea’s young zombie canon is distinct in that many of the stories are interested not just in the human fight for survival, but in how the undead came to be. They imagine impoverished populations on the margins falling victim to a viral epidemic — not unlike today’s world. In the hit Netflix series “Kingdom,” famished peasants in war-torn Chosun dynasty Korea turn into zombies after unknowingly eating human flesh. In the 2016 animated movie “Seoul Station,” patient zero is a homeless man who is shown bleeding on a sidewalk between the legs of commuters scurrying past, no one stopping to help.

“In other countries, it’s about how quickly you kill the zombies. That’s not necessarily the case for Korean zombies. You feel for the zombies, and lament the humans keeping them out,” he said.

If South Korea’s zombies are resonating elsewhere, Kim said its because they touch on universal themes of class and inequality, as did the Oscar-winning movie “Parasite.”

“Zombies are often thought of as ignorant, unconscious slaves that simply follow along,” he said. “But they can turn the world upside down. They can incite a revolution.”

Why Was The National Polling Environment So Off In 2020? 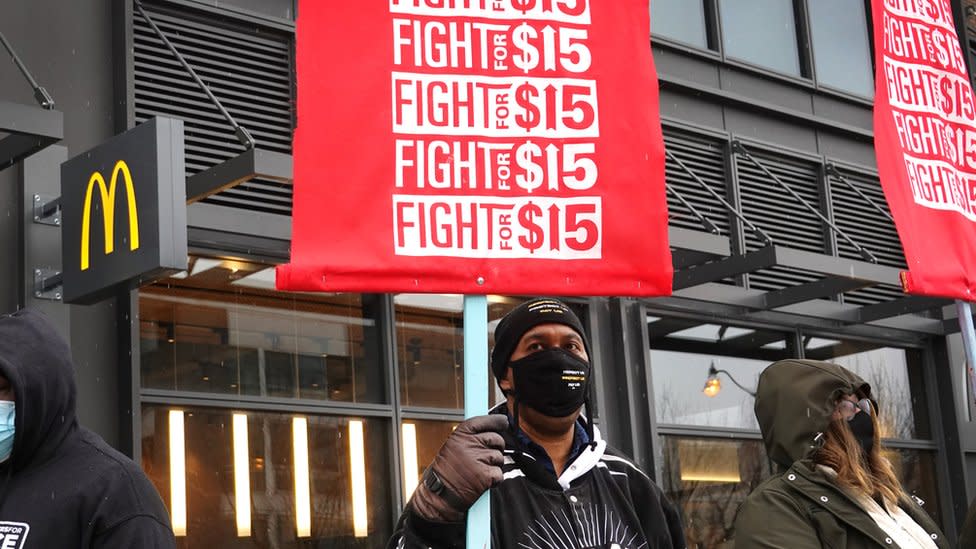 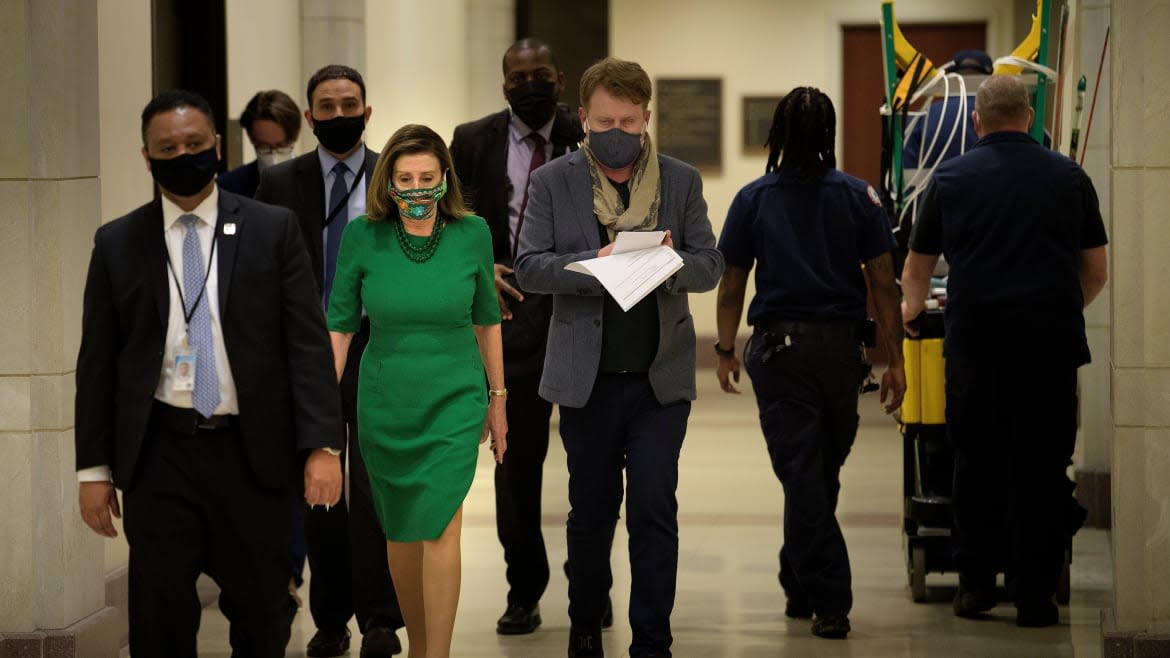 Learn to Retain Business With This $20 Customer Service Online Course

Learn to Retain Business With This $20 Customer Service Online Course