Moses Farrow, the adopted son of Mia Farrow and Woody Allen, has re-ignited the long-running family feud by claiming he would be ‘happy’ to change his last name to his father’s.

The 42-year-old, who was adopted aged two from South Korea by Mia and later the multi-Academy Award-winning filmmaker, has claimed that he suffered from ‘suicidal’ thoughts caused by his difficult childhood.

The therapist from Connecticut, who specializes in adoption trauma therapy, said in his first newspaper interview: ‘I’d be very happy to take my father’s surname.’

He is now estranged from his mother, 75, and told The Guardian: ‘Putting it all together, I recognized that it’s important to provide yourself with a sense of safety, and sometimes that means maintaining distance.’ 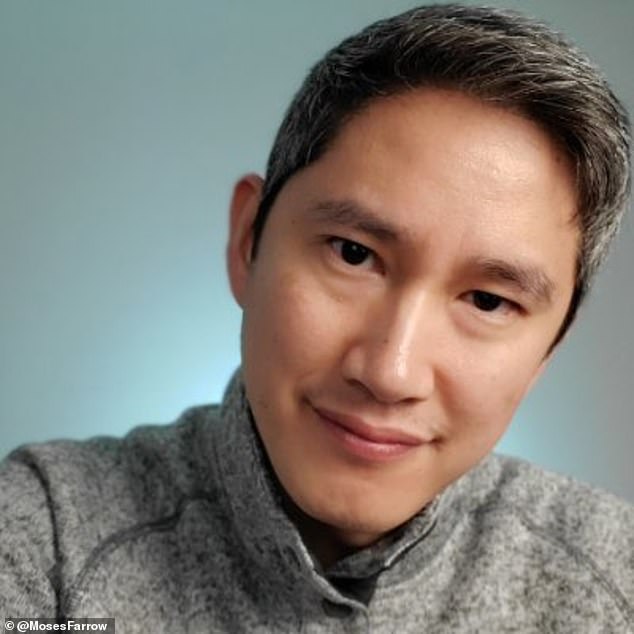 Moses Farrow, 42, is an adoption trauma specialist, and has given his first newspaper interview 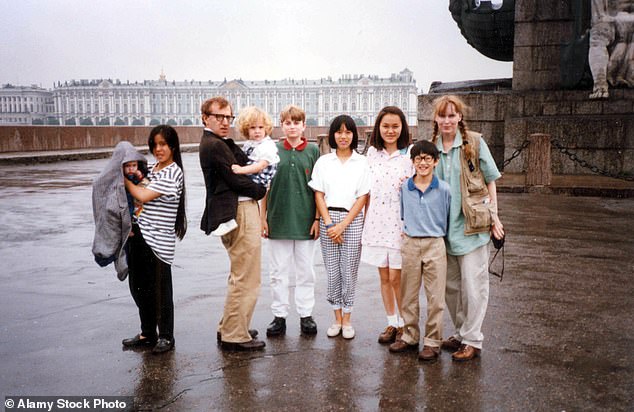 Woody Allen and Mia Farrow with children, left to right, Satchel, Lark, Dylan, Fletcher, Daisy, Soon Yi and Moses, in Leningrad in an undated photo from the 1980s 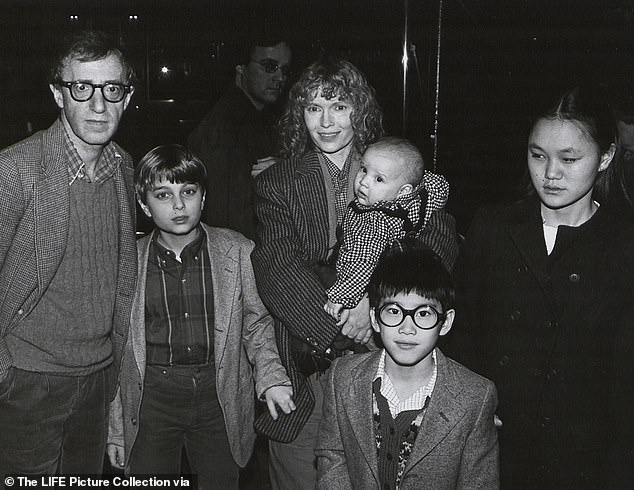 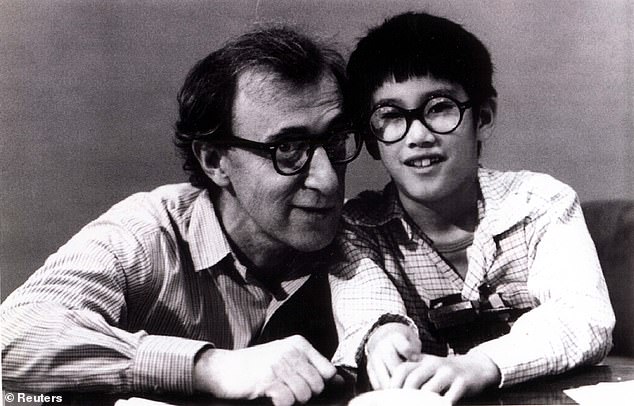 Moses Farrow, the adopted son of filmmaker Woody Allen and Mia Farrow, appears with Allen in an undated file photo released by Allen’s publicist, which was entered as evidence in the couple’s child custody battle

Moses has previously defended his controversial film-director father against his adopted sister Dylan’s allegations that he molested her during a visit to Farrow’s Bridgewater home, in Connecticut, in 1992 when she was seven and Moses was 14.

Allen had recently left ex-wife Farrow for Soon-Yi Previn, 21, the adopted daughter of Farrow and her ex husband, the composer André Previn, and not Allen’s legal child.

Farrow discovered the relationship between her partner and adopted daughter after finding nude photos of Soon-Yi.

The fall-out from the allegations has spanned nearly 30-years.

Moses and Soon-Yi are estranged from Farrow, with her five other adopted children and four biological ones remaining close to the actress.

Asked how he thinks his childhood affected his long-term mental health, he told The Guardian: ‘There’s a lot to answer to that! I’ve experienced suicidal thoughts, I’ve been in therapy for depression, I’ve certainly struggled with relationships and poor self-esteem, being a people pleaser and needing to be the perfect son.’

He added: ‘The trauma in adoption comes from feeling like there’s something wrong with us because we were rejected [by our birth parents.] I felt inherently like I was a bad kid. And then the abuse at home reinforced that.’

He later tweeted the article and wrote: ‘It’s time we recognize the many traumas adoptees experience that lead to mental health issues and suicide. As a survivor, I continue to raise my voice and speak my truth. I hope you’ll listen. #truthislouder’ 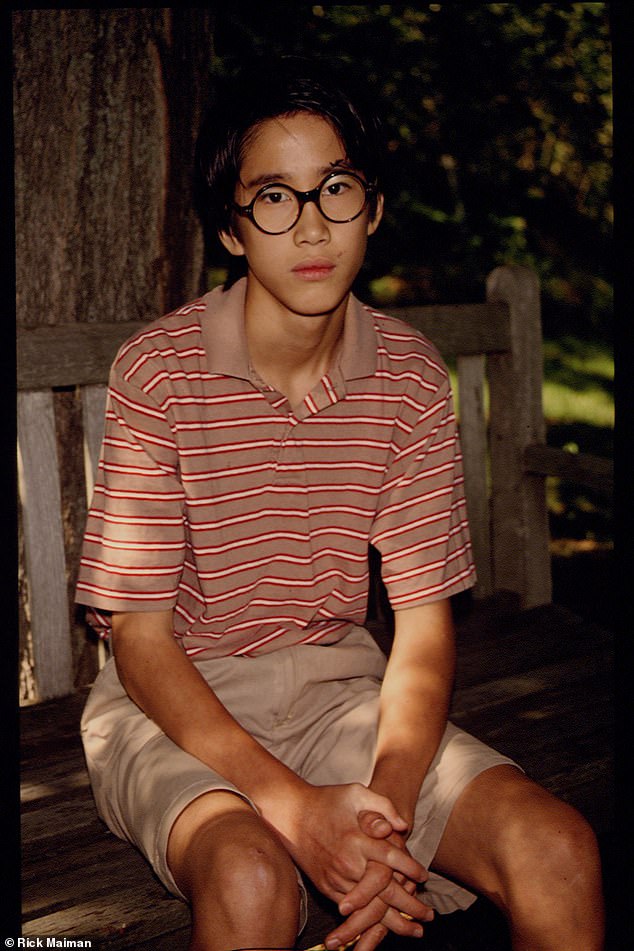 Moses Amadeus Farrow, also known as Misha Farrow, pictured as a teenager, was born in South Korea in 1978, and adopted aged two by actor Mia Farrow, and later her partner Woody Allen 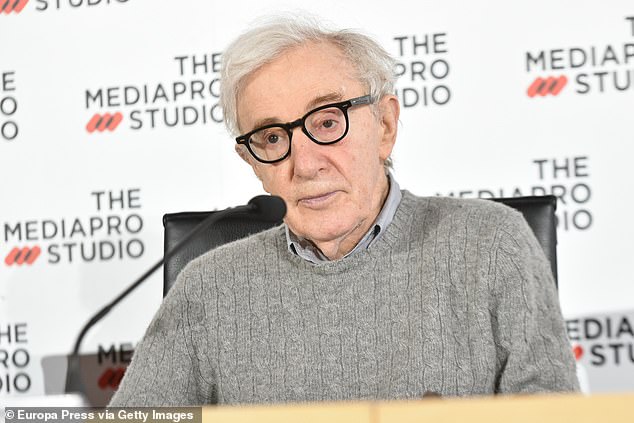 Director Woody Allen, pictured in Spain in 2019, has denied the allegations against him 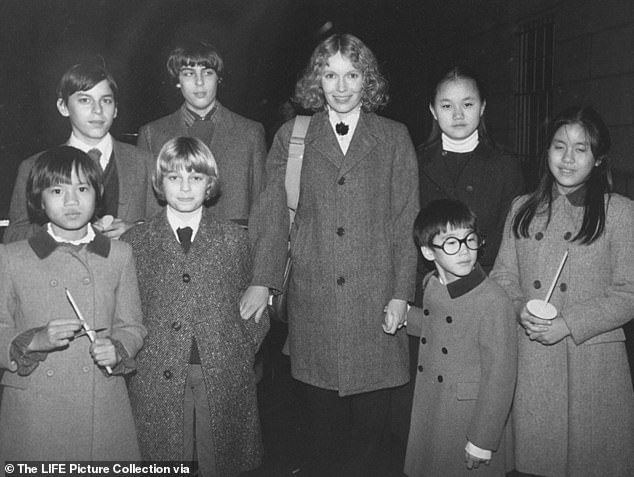 Actress Mia Farrow with her children (back row L-R) Matthew, Sascha, Soon-Yi; (front row L-R) Daisy, Fletcher, Moses and Lark; on their way to New Year’s Eve Mass, in an undated photo from the 1980s

In a lengthy blogpost in 2018 Moses Farrow detailed the Rosemary’s Baby actress’ alleged abuse towards him and siblings, some of whom were disabled, including beating them, throwing them down the stairs, locking them in cupboards and creating a ‘toxic atmosphere’ of control and abuse.

His sister, and father’s wife, Soon-Yi, now 50, defended the claims of abuse by Farrow, in an interview the same year.

Moses went on to describe the tragic deaths of several siblings over the years including Tam Farrow, adopted in 1992 from Vietnam aged 13, who was blind, and died aged 21 from a reported heart condition. 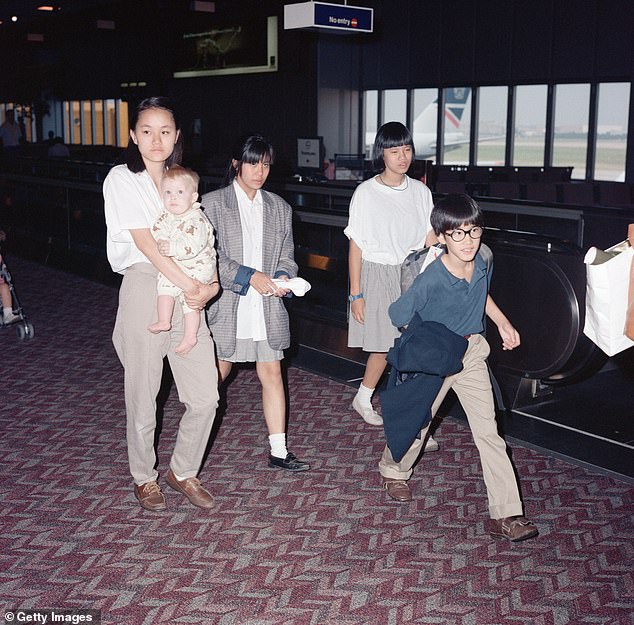 Moses Farrow, pictured right with some of his ten siblings at London Heathrow in 1988, has claimed that Mia Farrow was an abusive mother

This is something Moses disputed in his blogpost, claiming she had taken an overdose of pills.

Moses, who starred as Farrow’s son in Allen’s 1986 hit, Hannah and Her Sisters, added in his Guardian interview that he was disappointed by the reaction from his siblings to his story, including campaigning #MeToo journalist, Ronan Farrow, who has stood by Dylan.

Moses said in The Guardian: ‘We grew up together. I am their older brother. We all shared the same mother. Even if you’re not receiving that abuse directly, if you bear witness to it, it still impacts you in a deep way.

‘I really hold all my siblings with compassion and understand there is a need to survive, however you can do it.’ 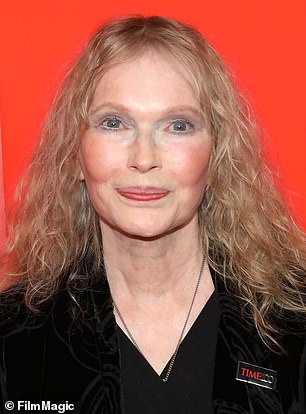 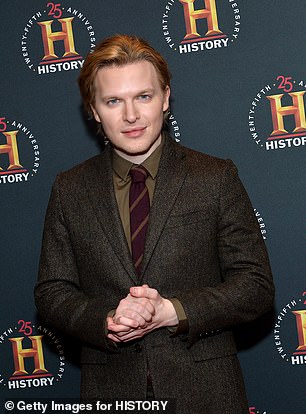 Mia Farrow, pictured at the 2019 Time 100 Gala at Lincoln Center, New York, called Moses’ 2018 allegations of abuse ‘made up’. New Yorker journalist Ronan Farrow, pictured at Carnegie Hall in February this year, has said he believes that Dylan was abused by father Woody Allen

Both found ‘no evidence of abuse’ and said that some of Dylan’s answers were found to be ‘rehearsed’.

The matter was reignited in 2014 when Allen received a Golden Globe Cecil B. DeMille Award for Lifetime Achievement, with Mia and Ronan Farrow making disparaging remarks on Twitter.

The New York Times later published excerpts from a letter Dylan had written restating the allegation against Allen and calling out actors who have continued to work in his films.

Following the arrival of the #MeToo movement many high-profile actors later came forward to say they would not work with him again again including Michael Caine, Greta Gerwig and Colin Firth.

After Moses’ 2018 blogpost, mother Mia said that her estranged son’s claims of abuse were ‘completely made up.’

Sister Dylan responded to the essay in a tweet, writing that her brother sought to ‘impugn my mother who has only ever been supportive of me and my siblings.’

She called his comments hurtful and an attempt to discredit her. ‘I’m so sorry he’s doing this,’ she wrote.

Representatives for Mia Farrow and Ronan Farrow have been contacted for comment.

When Guardian journalist Hadley Freeman reached out to the Farrow family, they directed her to a 2018 statement from Matthew, Sascha, Fletcher and Daisy Previn, and Ronan, Isaiah and Quincy Farrow.

It read: ‘None of us ever witnessed anything other than compassionate treatment in our home, which is why the courts granted sole custody to our mother of all her children. We reject any effort to deflect from Dylan’s allegation by trying to vilify our mom.’

Woman in a wheelchair shares pregnancy journey on Instagram