After weathering power and water outages and broken pipes, many Central Texans are now facing their next fear: What will their electricity bill look like after all of this?

In a statement to customers, Austin Energy explained that those affected by major bill spikes are seeing electric rates controlled by variable price billing and are therefore vulnerable to sudden price swings from the wholesale energy market.

“In contrast, Austin Energy’s base rates are fixed and any changes must be authorized by Austin City Council, our governing body, after a thorough rate review process,” Austin Energy said.

Residential customers are billed for their actual energy use, measured in kilowatt-hours recorded from their electric meter, Austin Energy said.

“Anyone without power during this time period had no electric use recorded from meters during these outage events. Austin Energy customers are charged only for the power consumed and will be charged at the existing rates,” the statement said.

Where does a billionaire invest?:Here are all 10 stocks Warren Buffett has been buying.

Bluebonnet and the Pedernales provided similar messages to their customers.

“Bluebonnet Electric Cooperative’s electric rates will not increase as a result of February’s extreme weather in the same way that some Texans will experience according to media reports,” the electric service provider said. “Bluebonnet has power supply contracts in place that are meant to protect our members from price volatility in the ERCOT (Electric Reliability Council of Texas) wholesale power market.”

However, Bluebonnet added that extremely cold temperatures during February’s historic cold spell caused members to use more electricity than they would during a normal February.

“Therefore, members should expect to see electric bills similar to ones they normally see during hot summer months, like July and August,” Bluebonnet said.

Pedernales said that although the rate for base power during the recent storm will not change, rates could still increase due to the amount of energy consumed.

“Keep in mind, heating your home during cold weather can cause higher than normal energy consumption,” Pedernales said.

Why some in Texas are seeing huge bills

The surge in pricing is hitting people who have chosen to pay wholesale prices for their power, which is typically cheaper than paying fixed rates during good weather but can spike when there’s a high demand for electricity. Many of those who have reported receiving large bills are customers of electricity provider Griddy, which only operates in Texas.

Griddy, which launched in 2017, charges $10 a month to give people a way to pay wholesale prices for electricity instead of a fixed rate. It warned customers of raising prices and urged them to switch providers. The company said wholesale prices returned to normal as of Feb. 20.

Among affected customers is Susan Hosford of Denison, Texas. On a typical February day, she pays Griddy less than $2.50 for power. But the one-day cost spiked to hundreds of dollars after the storm. In all, she was automatically charged $1,346.17 for the first two weeks of February, which was more than she had in her checking account, causing her bank to charge her overdraft fees and affect other bills.

“This whole thing has been a nightmare,” she said.

University of Texas energy expert and research fellow Dave Tuttle said that most customers who have an option for variable pricing select stable plans.

“That is part of what retail customers pay utilities to do – be the intermediary and manage the risks,” Tuttle said. “And a vast majority of the retail choice customers select more stable plans. But about 29,000 people in the competitive retail areas of ERCOT chose Griddy out of over 25 million customers in ERCOT.”

Variable pricing does make sense for some customers, Tuttle said: “Say you’re a rancher and have a lot of water to pump into stock tanks. You can simply turn it off when the price goes up. You have to monitor to shut off your load.”

That’s why the solution is not to eliminate the option of variable pricing, he said. “The answer isn’t a mandate that says, ‘We’re going to come in and nanny state you and you can’t have this choice.’ You don’t want to throw the baby out with the bathwater.”

Gov. Greg Abbott has vowed to rein in price gouging. On Saturday, he met with Lt. Gov. Dan Patrick, House Speaker Dade Phelan and members of the Legislature to discuss the skyrocketing electric bills that some Texans are beginning to see.

“We have a responsibility to protect Texans from spikes in their energy bills that are a result of the severe winter weather and power outages,” Abbott said in a statement.

“We are moving quickly to alleviate this problem and will continue to work collaboratively throughout this week on solutions to help Texas families and ensure they do not get stuck with skyrocketing energy bills.”

The Associated Press contributed to this report.

How we expect Chelsea to line up against Atletico 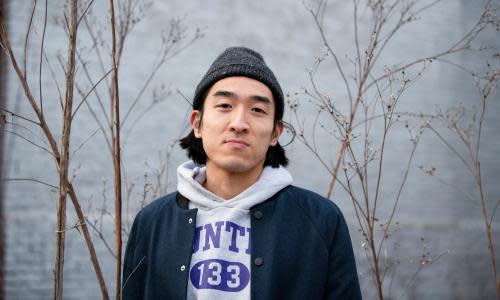 ‘There’s so much gratitude’: engineer who created viral vaccine site for $50

TikTok removed 89M videos, most of which from US | ZDNet

TikTok removed 89M videos, most of which from US | ZDNet