The U.S. on Monday was on the cusp of surpassing another somber milestone that was once unthinkable: 500,000 COVID deaths, a threshold reached faster than any other country in the world.

President Biden will hold a moment of silence and a candle-lighting service Monday evening at the White House to mark the enormous loss of life.

Prime Minister Boris Johnson announced the slow rollback, beginning March 8 with children in England returning to class and people being allowed to meet a friend outside. Shops and hair dressers, and outdoor eating and drinking at pubs and restaurants will follow on April 12.

The Centers for Disease Control and Prevention believes that by April, B.1.1.7 – the more transmissible COVID-19 variant originally identified in Britain – is likely to be the dominant one within U.S. borders.

The U.S. is now reporting more than 1,687 cases of coronavirus variants that can spread more easily, dodge some treatments and immunities, or both.

A steady decline in U.S. coronavirus cases that has brought levels back to where they were in late October could be threatened by the “rapid take-off of B.1.1.7.,” said Trevor Bedford, an epidemiologist at the Fred Hutchinson Cancer Research Center in Seattle, in a Twitter thread Thursday.

There is an emerging body of evidence suggesting that the B.1.1.7 variant is not only more contagious but also more lethal, a possibility initially raised by British scientists, said Simon Clarke, a professor in cellular microbiology at the University of Reading. However, the currently authorized vaccines have proven effective against the variant.

Also in the news:

►Congress returns this week to focus on President Biden’s $1.9 trillion coronavirus relief package. Democrats aim to pass the whole package by mid-March, and it currently includes a new round of checks for Americans, renewal of the Paycheck Protection Program and an extension of a federal boost for unemployment benefits.

►For every American who dies of COVID-19, an average of nine family members are left mourning. That adds up to 4.5 million grieving relatives in the U.S. Here’s the story of one such family.

►United Nations Secretary-General Antonio Guterres warned on Monday that white supremacy and neo-Nazi movements were a “transnational threat” that are “engaged in a feeding frenzy of hate” and have exploited the pandemic to gain support.

►The number of patients in California hospitals with COVID-19 has fallen below 7,000, a drop of more than a third over two weeks, state health officials said. The story is similar in Texas, where state data on Sunday showed the lowest number of hospitalizations (7,146) since mid-November.

►White House press secretary Jen Psaki said about 2 million of the 6 million COVID-19 vaccine doses delayed by last week’s winter weather were delivered over the weekend. As for the rest, “We expect to rapidly catch up this week,” Psaki said Sunday on ABC.

📈 Today’s numbers: The U.S. has more than 28.1 million confirmed coronavirus cases and 499,779 deaths, according to Johns Hopkins University data. The global totals: More than 111.6 million cases and 2.46 million deaths. More than 75.2 million vaccine doses have been distributed in the U.S. and about 63 million have been administered, according to the CDC.

📘 What we’re reading: Millions of kindergartners have opted out of public school during the COVID-19 pandemic. Here’s what happens now.

USA TODAY is tracking COVID-19 news. Keep refreshing this page for the latest updates. Want more? Sign up for our Coronavirus Watch newsletter for updates to your inbox and join our Facebook group.

Amid the national debate about reopening schools during the pandemic, a new study suggests teachers may be more likely to transmit the virus than students.

The paper released Monday by the Centers for Disease Control and Prevention looks into nine COVID-19 transmission clusters in elementary schools in the Atlanta suburb of Marietta in December and January. In one of them, 16 teachers, students and relatives of students at home were infected.

In eight of the nine clusters there was probable teacher-to-student transmission, the study found, and in four instances a teacher was the first documented case. A student was the first case only once, and in the other four the originator was not clearly established. Two clusters saw teachers infect each other during in-person meetings or lunches, then a teacher infecting students.

All the clusters involved “less than ideal physical distancing” because of space limitations, the authors wrote, with students often less than 3 feet apart, although plastic dividers were placed on desks.

The CDC has said schools can safely reopen even if teachers are not vaccinated for COVID-19 as long as mitigation measures are implemented.

A federal program that provides loans to businesses to help them stay afloat during the coronavirus pandemic is undergoing some changes to allow more money to be directed at small businesses that need it most.

“Small businesses are the engines of our economic progress,” Biden said. “They’re the glue in the heart and soul of our communities. But they’re getting crushed.”

Some 400,000 small businesses have shuttered amid the coronavirus pandemic. While the Paycheck Protection Program delivered urgent relief to many, “a lot of these mom-and-pop businesses got muscled out of the way by bigger companies who jumped in front of the line,” Biden said.

Non-English speakers struggle to get COVID-19 vaccine across US

More than two months after the first coronavirus vaccine shots were distributed in the United States, many states and local governments are providing limited vaccine information in languages other than English. Language and cultural barriers have made it difficult for many people of color, immigrants and non-English-speaking communities to get a COVID-19 vaccine.

Experts said more targeted outreach – including door knocking, visits to front-line workers at their place of employment, streamlined registration sites and language translation services at vaccination sites – is needed to overcome misinformation and educate communities that long have been plagued by inequities in the U.S.

Hopkins expert says pandemic could be ‘mostly gone’ by April; Fauci says masks may be in use into 2022

Marty Makary, who teaches at the Johns Hopkins School of Medicine and Bloomberg School of Public Health, says the pandemic could be “mostly gone” by April.

Makary, in an opinion piece published in the Wall Street Journal, points to the fast-declining rate of infection across the nation and suggests that COVID-19 deaths in the U.S. indicate “much broader immunity than recognized.” He also notes that former Food and Drug Administration commissioner Scott Gottlieb estimates 250 million vaccine doses will have been delivered to about 150 million people by the end of March.

Fauci, speaking on CNN’s “State of the Union,” said the country could be “approaching a degree of normality” by the end of the year but that Americans may still need to wear masks in 2022.

Experts: ‘This has to be the moment’ to invest in treatments against future pandemics

The last thing people will want to think about when this pandemic ends is the next one. It’s human nature to move on, to want to put coronaviruses, vaccines and disease surveillance behind us. But a growing chorus of researchers says now is the time to get ready for what is sure to come.

Some have begun preliminary efforts to develop antivirals and monoclonal antibodies to prevent serious disease, and vaccines that could stop a novel virus in its tracks.

“Either we invest now or we pay a lot more later,” said Wayne Koff, chief executive officer of the nonprofit Human Vaccines Project. 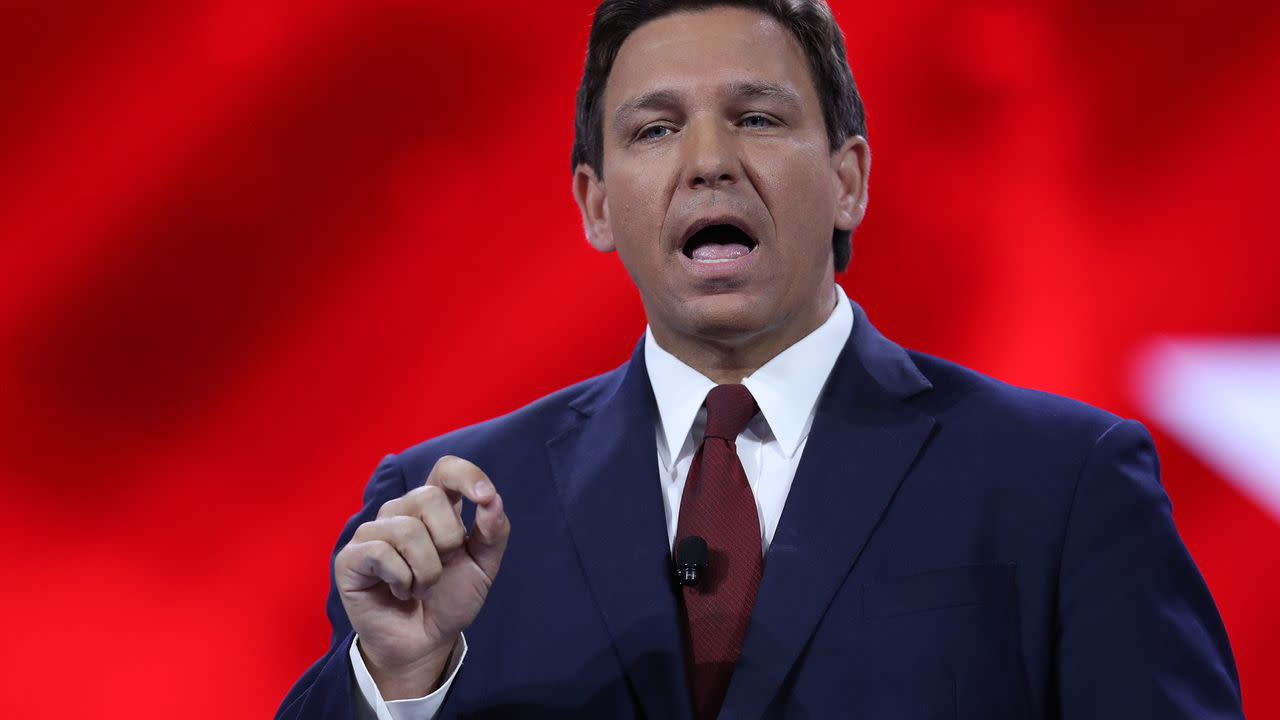 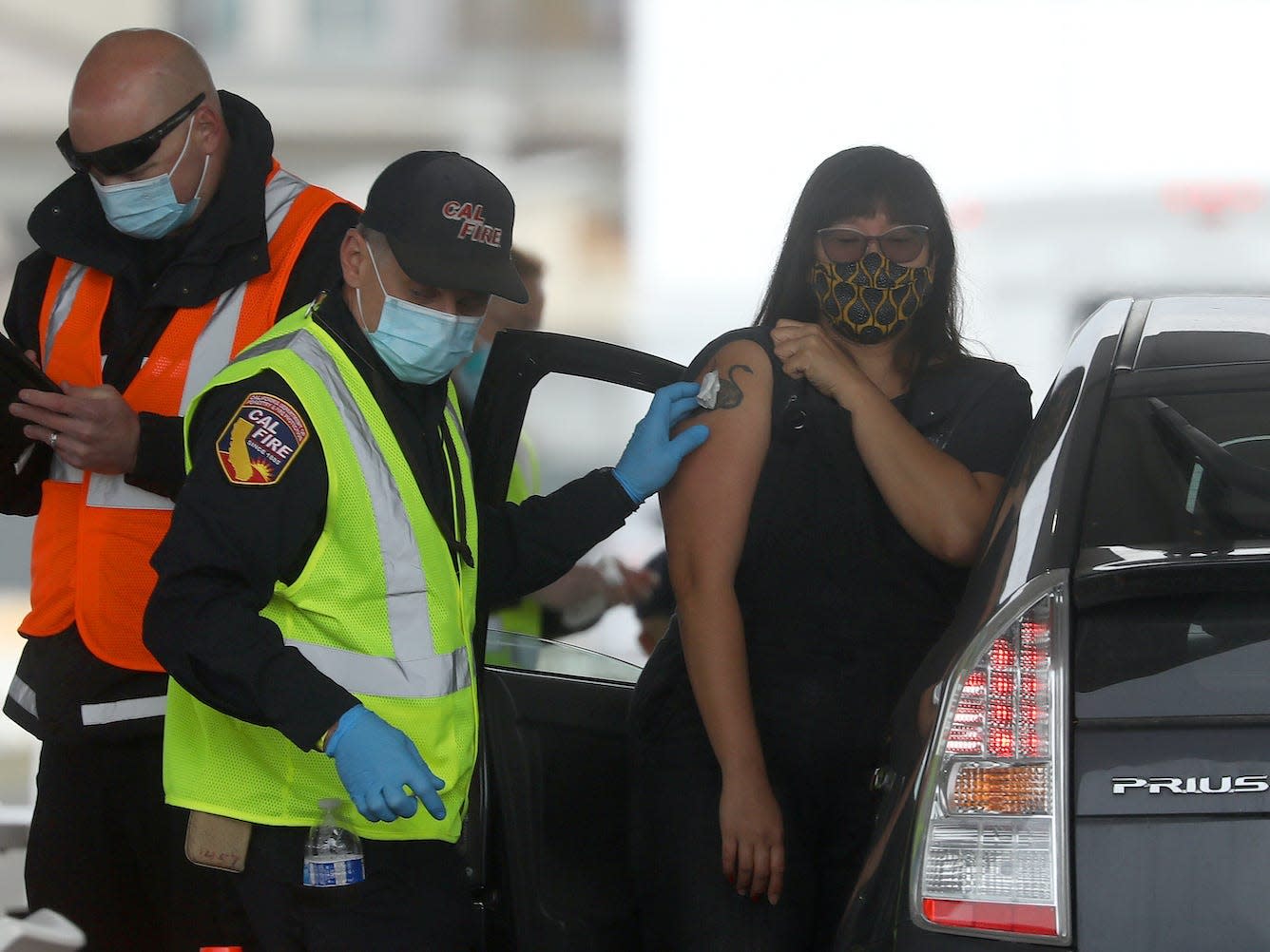 Thousands of people who visited a COVID-19 vaccination site in California reportedly received the wrong dose, but officials say nobody needs a booster shot

She thought she was adopted. Now, her fight to stay in the US is just beginning.

What to know about #ChooseToChallenge