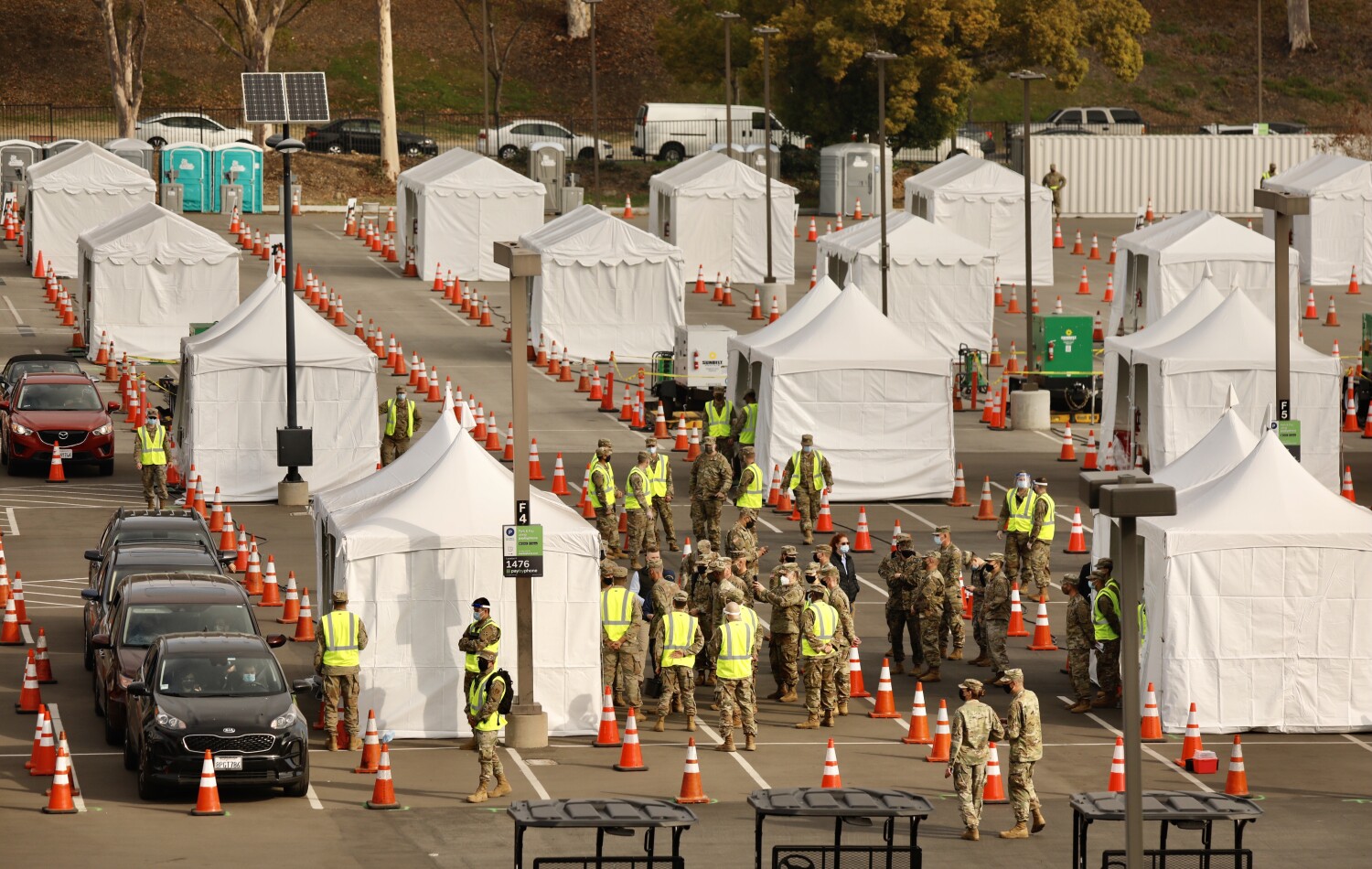 Gov. Gavin Newsom on Tuesday announced that California would be making changes to a program designed to address inequities in the distribution of the COVID-19 vaccine, after a Times report uncovered evidence that outsiders were misusing the program to grab appointments reserved for residents of neighborhoods hit hardest by the pandemic.

“We don’t like to see those abuses,” Newsom said at a news conference in Sacramento.

The program to improve vaccine access in communities of color relies on special codes that enable people to make appointments on the My Turn vaccine scheduling website. The codes are provided to community organizations to distribute to people in largely Black and Latino communities.

But those codes have also been circulating, in group texts and messages, among the wealthier, work-from-home set in Los Angeles who are not yet eligible for the vaccine under state rules. Many of them were younger than 65.

Newsom didn’t provide details about what changes would be made to the program, but said the state would be “moving away” from the group code system.

The governor said the codes were also misused during a mobile vaccination clinic held Saturday at the Ramona Gardens public housing development in Boyle Heights, where Newsom and other elected leaders were in attendance.

Newsom said that it was “pretty clear at that public housing site that not everyone was from that community.” The state subsequently discovered that a group code used to make appointments had been shared more widely, allowing those outside the community to successfully make appointments.

“We’re working through those things, and we’re correcting for those,” Newsom said.

Early last week, California opened two new mass vaccination sites with the Biden-Harris administration, with one site at Cal State Los Angeles and the other at the Oakland Coliseum. The sites were intended to help vaccinate individuals in two of the hardest-hit communities as part of a first-in-the-nation state-federal partnership geared toward a more equitable vaccine process. Those sites were also paired with mobile vaccination units intended to bring vaccines directly to communities or workplaces that might otherwise struggle to access them.

As part of that approach, the state set aside blocks of appointments at both sites specifically for the most impacted individuals. Special access codes were given to local organizations, who were then asked to distribute those codes to community members to make their appointments. As The Times learned, those codes circulated widely in the broader L.A. community, allowing quite a few people who would not otherwise have been eligible to get vaccinated at the Cal State L.A. site.

Brian Ferguson, a spokesman for the Governor’s Office of Emergency Services, said he did not immediately have details on what the new vaccine registration system will look like.