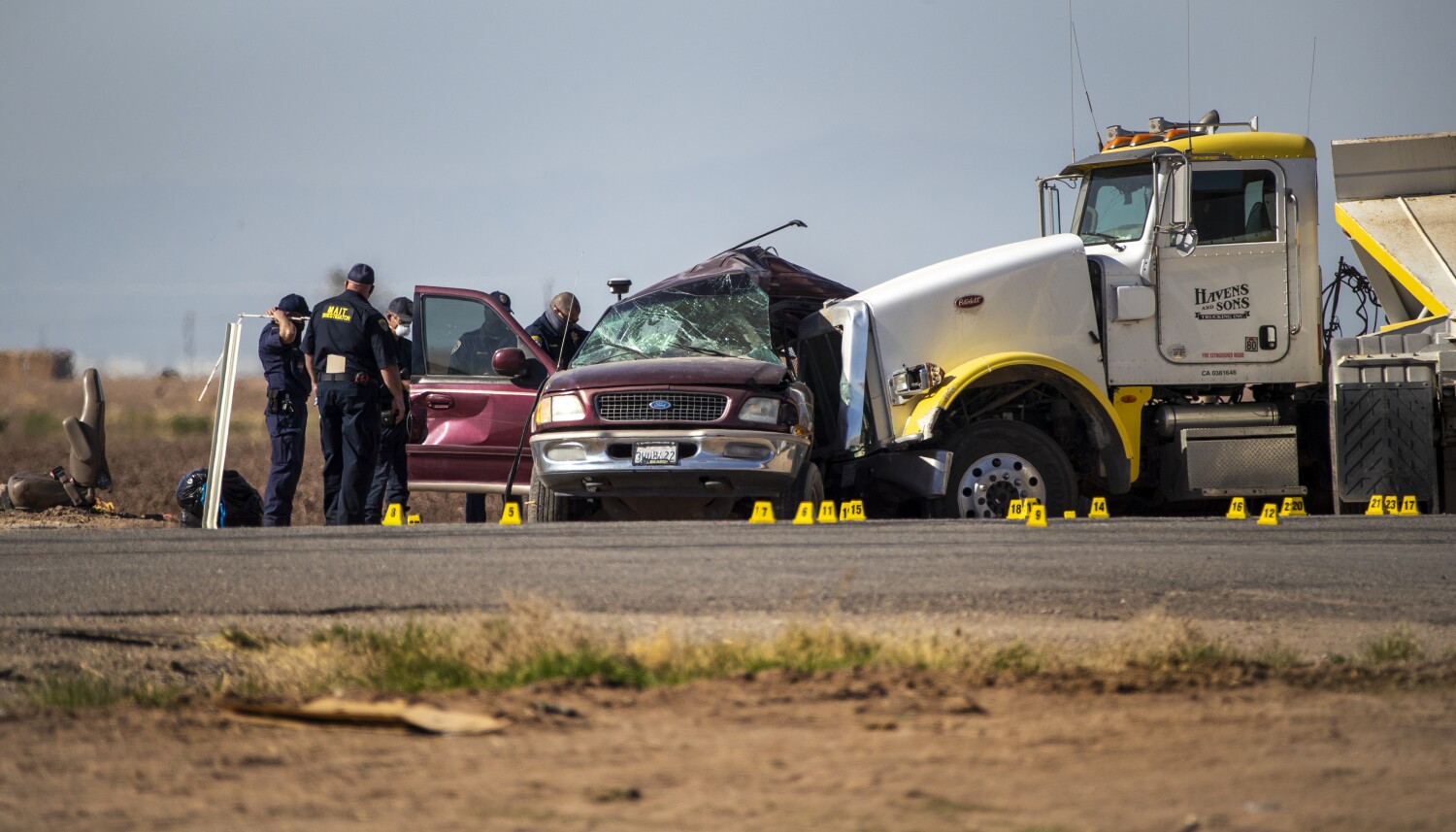 A day after an SUV carrying 25 people crashed into a big rig truck, leaving 13 dead and the rest injured, investigators are beginning to piece together what brought the vehicles to the highway intersection Tuesday morning.

Several agencies are descending Wednesday on Imperial County, including U.S. Immigration and Customs Enforcement, the National Transportation Safety Board and the California Highway Patrol. Their task will be to iron out the details of Tuesday’s horrific crash, and to answer the nagging question: Why were 25 people traveling in a hollowed-out SUV?

It is “too early in the investigation to say what they were doing or where they were coming from,” California Highway Patrol Chief Omar Watson said Tuesday. “It’s a very sad situation. That vehicle is not meant for that many people.”

Twenty-five people were crammed into the 1997 Ford Expedition, which had only driver and front passenger seats, with the rear seats removed. When the SUV entered the intersection of Highway 115 shortly after sunrise and collided with a big rig truck, several people were ejected from the vehicle into the road. Everybody involved was either killed or injured, Watson said.

At least 10 of those dead were Mexican nationals, said Roberto Velasco Álvarez, who heads the North America Department for the Mexican foreign ministry.

“We continue in close collaboration with authorities with the aim of assisting the Mexican people killed and injured,” Velasco said on Twitter. “We offer our profound condolences and reaffirm our commitment to the families of the persons who lose their lives.”

An ICE official said in a statement Tuesday that “Special Agents from Homeland Security Investigations San Diego responded to the scene of today’s fatal crash in El Centro, Calif., and have initiated a human smuggling investigation. The investigation is ongoing and no further details are available at this time.”

During several news conferences Tuesday, Watson was asked whether the victims in the SUV were migrant workers being taken to or from a job, or whether they were immigrants traveling into the country.

“We are close to the border. People come back and forth on a daily basis for work. That’s not something we can necessarily rule out,” he said.

Macario Mora, a spokesman for Custom and Border Protection’s Yuma and El Centro sectors, said in a statement to The Times that the agency’s personnel weren’t chasing or following the vehicle at the time of the accident but had responded to the scene at the request of the Imperial County Sheriff’s Department.

“CBP personnel were not involved in the accident,” Mora said.

Exact details of the incident were still being unraveled Wednesday. The big rig was traveling north on 115 and the Ford heading west on Norrish Road when the two collided, Watson said. The semi broadsided the smaller vehicle’s left side and pushed it to the shoulder.

“At this point, it is unknown whether or not the SUV stopped at the stop sign,” Watson said. “For reasons still under investigation, the Ford Expedition entered the intersection in front of the big rig.”

He suffered moderate injuries and was airlifted by helicopter to Desert Regional Medical Center in Palm Springs, along with three of the passengers, according to CHP officials. The vehicle he drove, a 2011 Peterbilt semi, belonged to Havens and Sons Trucking Inc. of El Centro. Multiple calls to the local business went unanswered.

The report said the SUV driver, a 28-year-old from Mexicali, Baja California, died.

“At this time it is unknown if alcohol and drugs were a factor in the collision and if seat belts were worn,” the report said.

How to choose the best TV for gaming | Engadget

Watch Devin Booker get ejected for absolutely nothing (VIDEO) 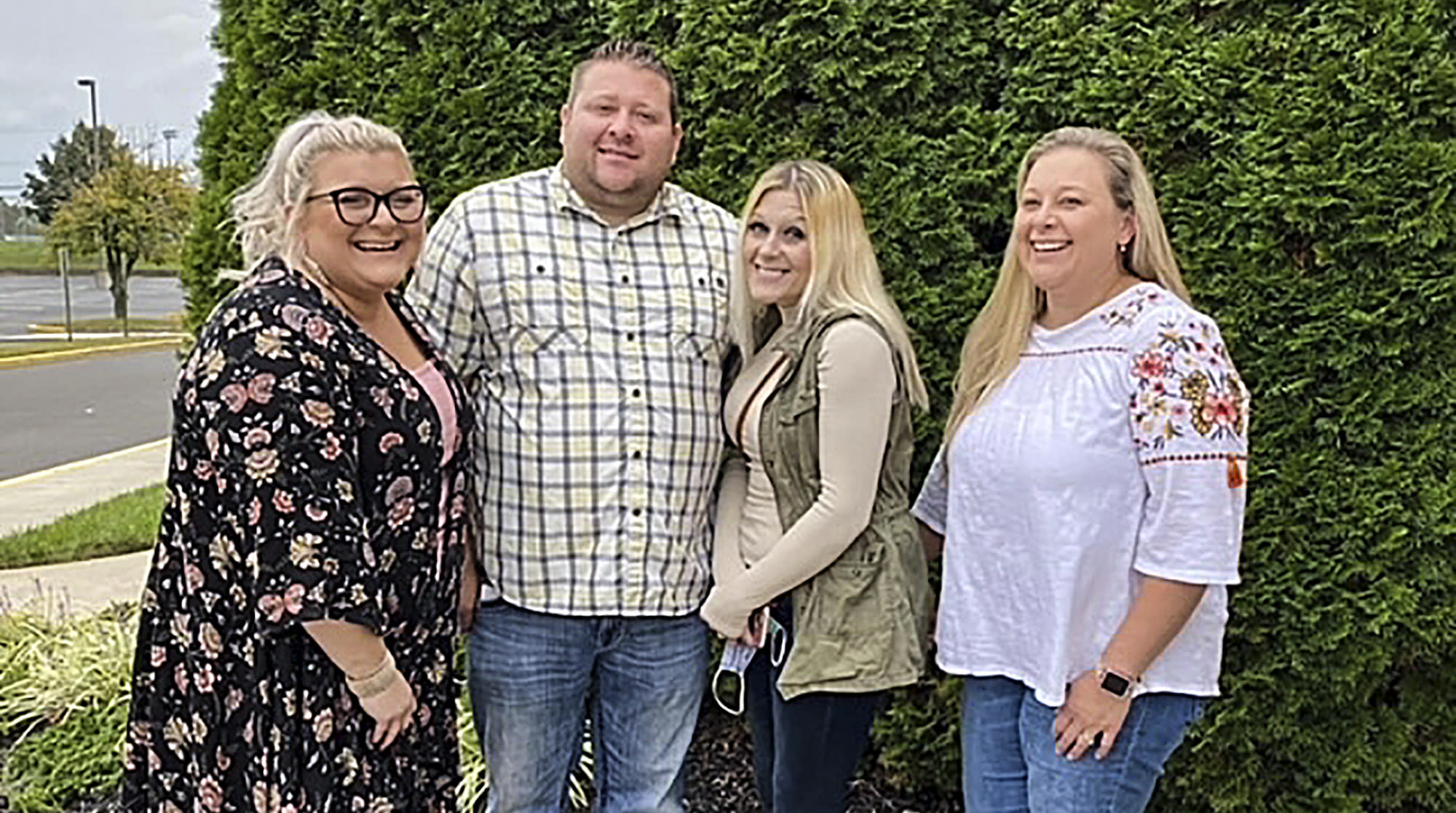