Finding the right gift for the gentleman in your life can be difficult, especially when it seems they already have everything. But this holiday season is all about finding them the fun gift, the gift they didn’t even know they wanted. Whether it’s a real Star Wars lightsaber, luxury timepieces, or that dream car they always deemed impractical, this Christmas gift guide is filled with all the presents that will make any man’s year! 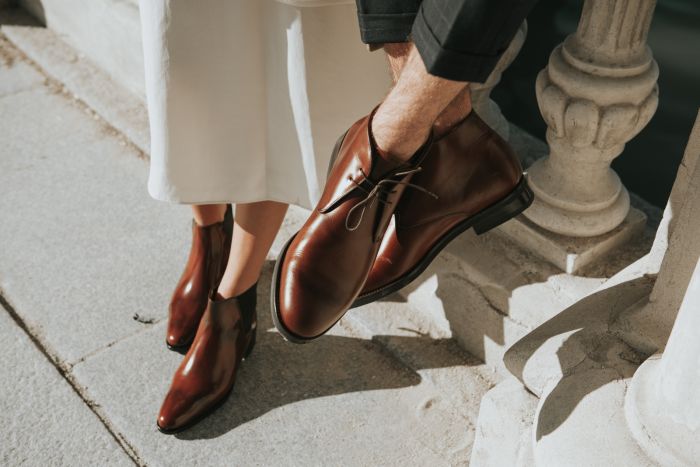 Every man needs a great pair of shoes, but there’s something about a pair that’s handmade just for you. Qüero Shoes is bringing back traditional shoemaking with handcrafted shoes made in Spain, custom designed from different 40 materials including 13 leather colors, 12 suedes, and 6 patterned leathers. Choose from shoes, loafers, sneakers, and boots made from Italian, French, and Spanish calfskin leathers and suedes; anti-slip, lightweight rubber soles; Bologna and Blake constructions; breathable calfskin linings; and more. The perfect gift for any fashion-forward gentleman! 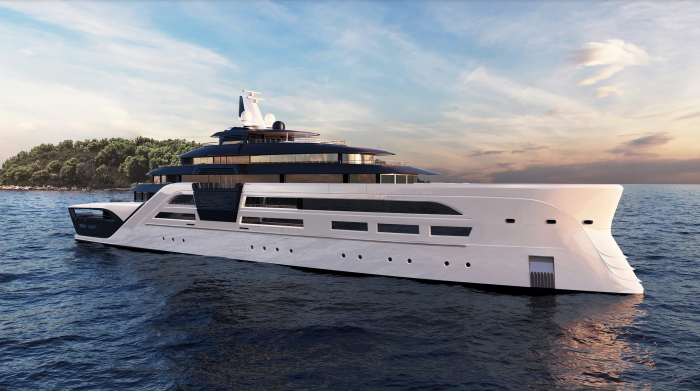 Do you know a man who always needs the latest and the greatest? Then consider the T. Fotiadis Ultra2 Yacht Concept which hasn’t even been built yet. T. Fotiadis has designed a 300-foot-long mega-yacht with all the luxury amenities included. Enjoy two swimming pools, a modern saloon, a jacuzzi, an IMAX screening room, plenty of toy storage, and a hybrid powertrain. And you’ll be safe with the security measures found within, including a safe room, a diplomatic-grade secure-meeting room, and a crew trained in military counter-intelligence protocols by UK-based Romeo Foxtrot. You can’t fit it under the tree, but it would make the ultimate gift for the ultimate man. 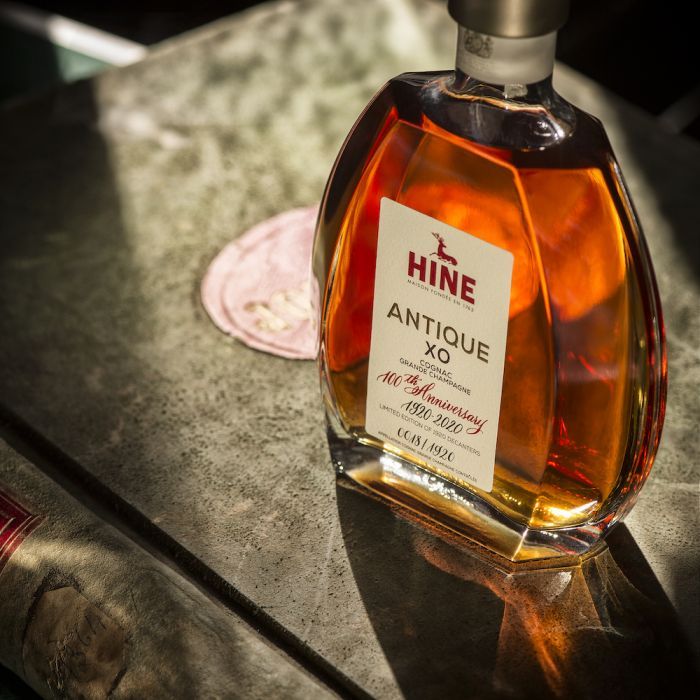 Ditch the traditional bottle of wine and show up to your next holiday party with a bottle of century-old cognac. The HINE Antique XO 100th Anniversary 1920-2020 Cognac was blended from 100-year-old eau-de-vie from harvest 1920 and sheltered for a century in the Réserve du Paradis under the HINE House in Jarnac, France, situated on the banks of the Charente River. Only 270 bottles were released for the 100th anniversary, so it’s a beautifully exclusive way to enjoy some of the best cognac in the world. 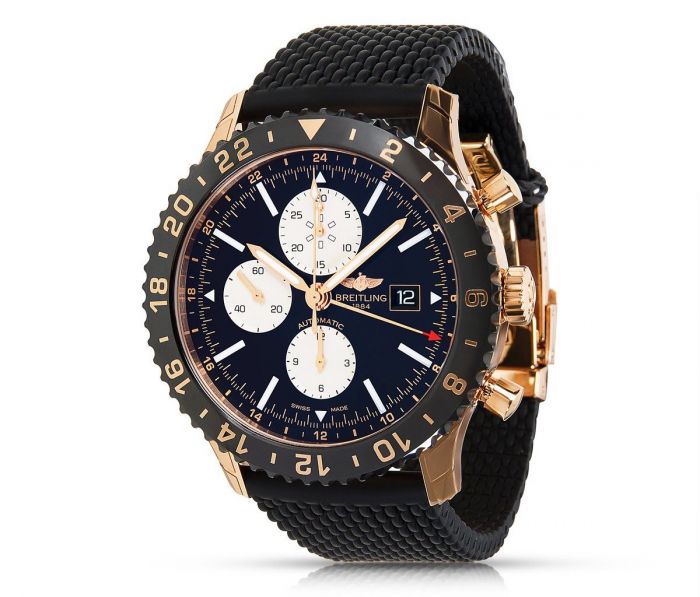 Whether the man in your life is an avid watch collector or needs a new timepiece, the Breitling Chronoliner R2431212/BE83 Men’s Watch in Rose Gold is a must-have gift! Only 250 pieces of this limited-edition timepiece were made, and this piece is number 208 of 250. With a rubber watchband, a black watch face, and a chronograph, this piece feels both athletic while also looking sleek and timeless. It’s built for both form and function and it’s the perfect gift to find under the tree! 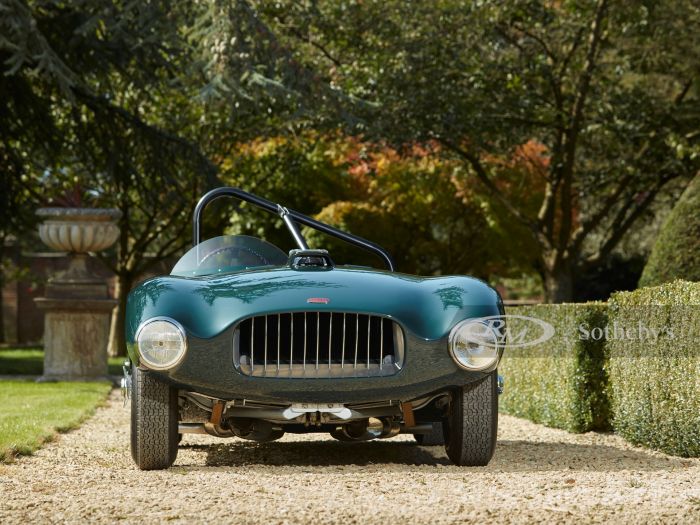 Every man has a dream car, and this holiday you can make those dreams come true! Sotheby’s is offering up the 1953 Allard Jr Le Mans Roadster for a true racing fan. The racing roadster won eight straight races in the US in the early ’50s, with Zora Arkus-Duntov working on the design before joining with GM to create the Corvette. Carroll Shelby even took direct inspiration from the JR to design the legendary Cobra. Only seven of these roadsters were built between 1953 and 1956—it’s a one-of-a-kind car for a one-of-a-kind guy! 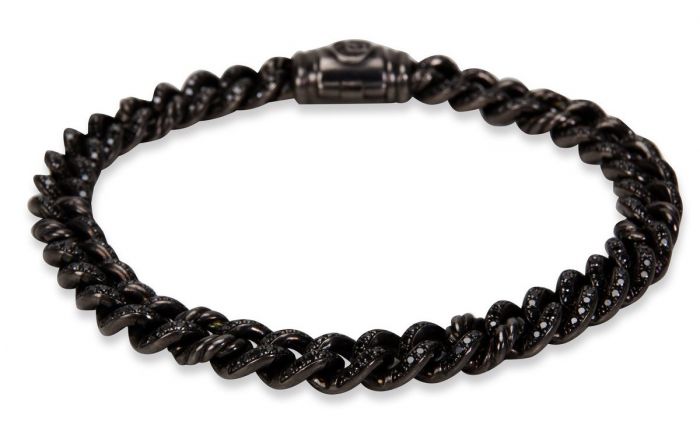 Some men aren’t used to wearing jewelry, but fashion-forward guys know accessories make the outfit! This David Yurman Petite Pave Curb Link Men’s Bracelet comes in sterling silver with black diamonds totaling 1.22 carats, with a magnetic fold-over clasp—simple and sleek. With a dark color tone, it goes with almost any outfit and is understated enough—even with the pave diamonds—to dress up or down. It’s sleek and timeless, perfect for wearing anytime, anywhere. A perfect (and easy!) holiday gift! 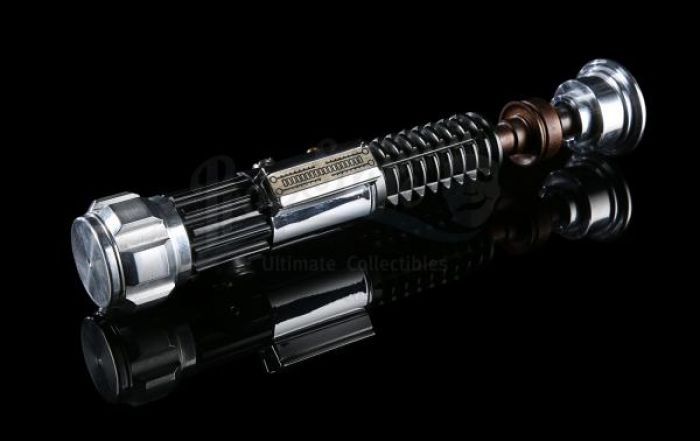 Obi-Wan’s Revenge Of The Sith Lightsaber

I’m not saying that all men love Star Wars, but it’s safe to assume that most men love Star Wars. And as they probably imagined fighting with lightsabers as a kid, now you can give them the real thing. Obi-wan’s Revenge Of The Sith Lightsaber was used in the film’s production and was one of several Ewan McGregor likely used. This lightsaber was gifted to stunt coordinator Nick Gillard by the film’s producers and is going up for auction on December 1. Built mostly from machined aluminum and cast resin, it features minor signs of wear from production use and arrives with a letter of authenticity. And while this movie prop isn’t exactly the real thing, it’s close enough to imagine it came from a galaxy far, far away. 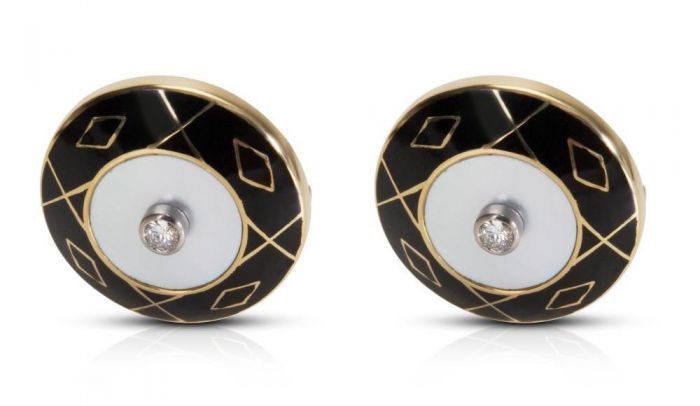 With the holidays here there’s bound to be a few celebratory dinners and parties—even if they’re much smaller this year. Give the man you love something extra to make his outfit sparkle! The Deakin & Francis Diamond Men’s Cufflinks are set in 18k yellow gold with 0.25 carats of diamonds and have a beautiful crosshatch and diamond shape design. With the gold and black colorways, it works with any outfit and is great for the holiday season! 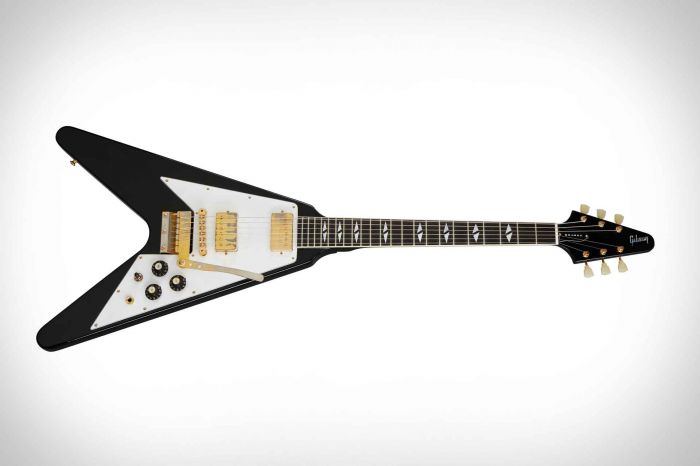 If the man in your life can’t get enough classic rock, it’s safe to say he would love the Jimi Hendrix 1967 SG Custom and 1969 Flying V Guitars. Modeled after two guitars that Jimi played in the ‘60s, Gibson is releasing two special-editions guitars—1967 SG Custom in Aged Polaris White with gold hardware, three humbucker pickups, and tremolo, and the 1969 Flying V, with an ebony fretboard, dual humbuckers, and the legendary “v” shape. The latter was immortalized at Hendrix’s performance at the Isle of Wight Festival on August 31, 1970, and is a must-have for any rock ’n’ roll fan. 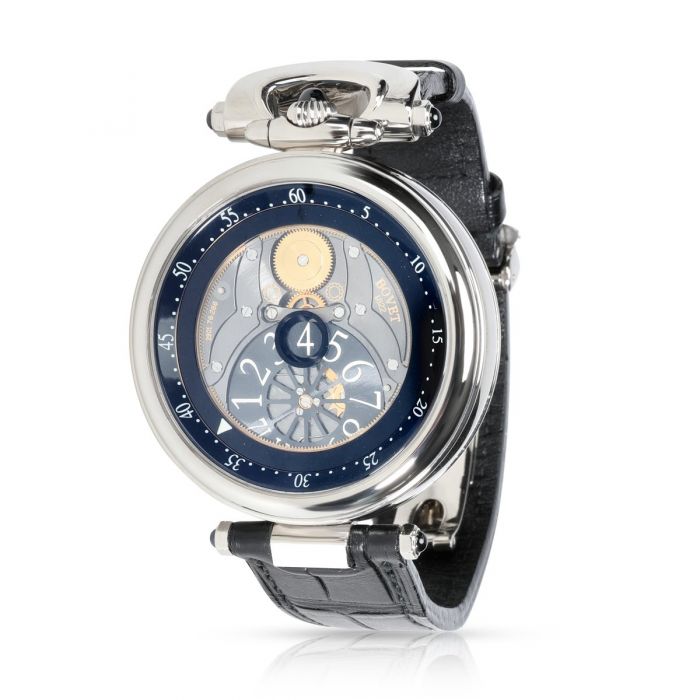 For watch loves, an open mechanical watch face joins all the luxury of a timepiece and the beauty of the mechanism into one streamlined piece. The Bovet Fleurier Amadeo Jump Hour AFHS002 Men’s Watch offers the design of both with a skeletal watch face and structure of 18-karat white gold. Bovet has been creating luxurious heirloom timepieces since 1822, and this watch is no different. Give the gift of time this Christmas with a watch that showcases the beauty of movement. 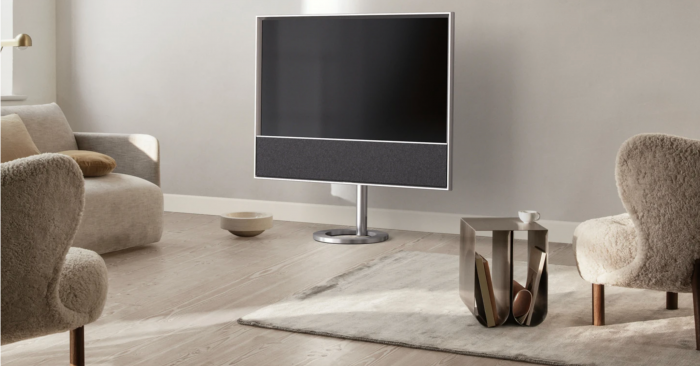 Maybe your husband is pretty attached to his big screen, but it’s probably time for an upgrade. The Bang & Olufsen Beovision Contour OLED TV brings the best of vision and sound to this vintage-styled classic. The TV has a wood-bodied feature—a nod to the old cabinet TV sets—with a 48-inch LG-sourced 4K OLED display with a powerful audio system. Hidden behind the slats of oak are 11 drivers—four 4-inch woofers, four 1.5-inch midrange drivers, and three 3/4-inch tweeters—each with a dedicated amplifier. It’s a step up from a basic flat screen that guys will love.

12 Best Places In Utah To Visit

Are REALTORS® Sold on "Selling Sunset?" 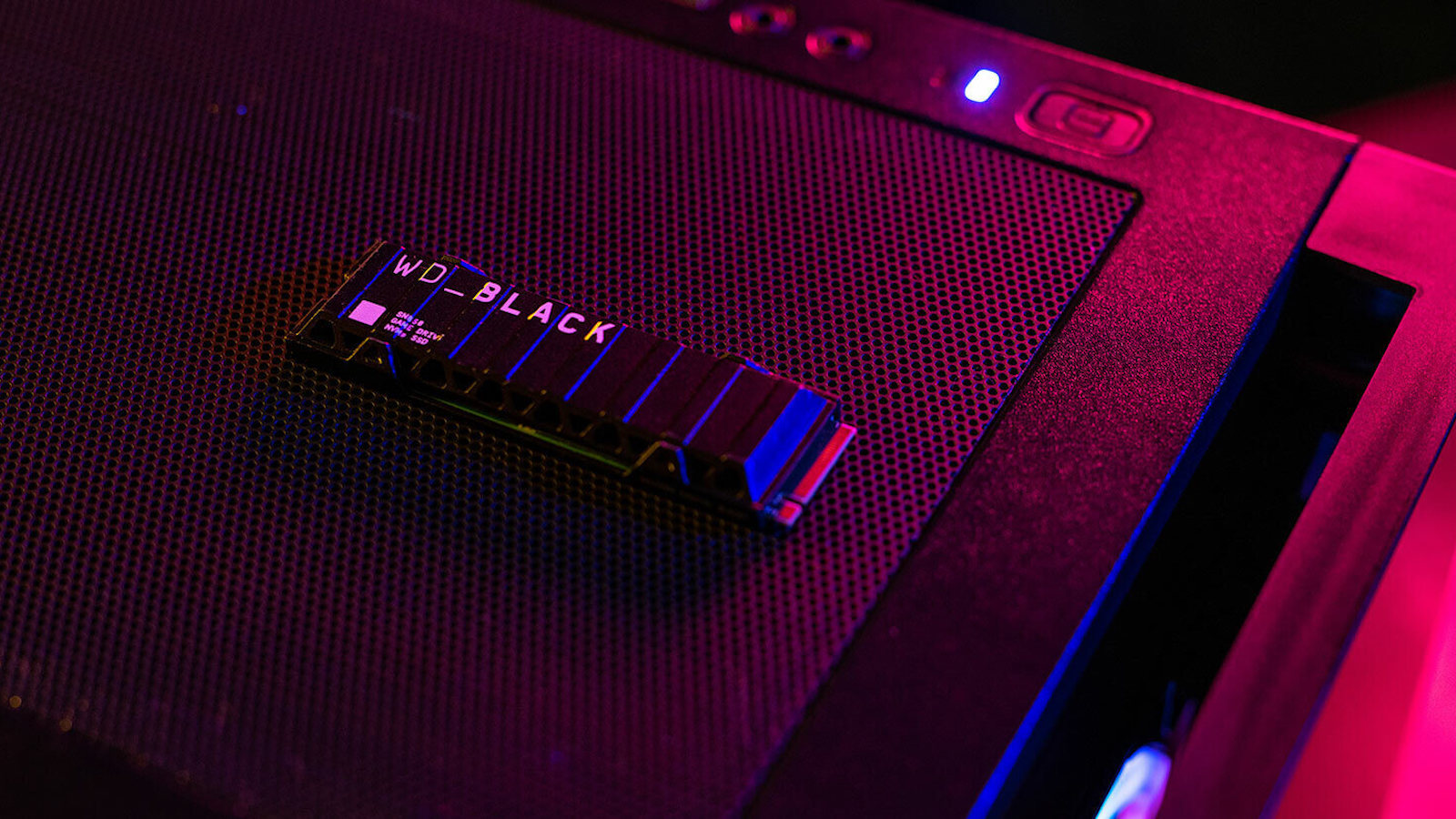 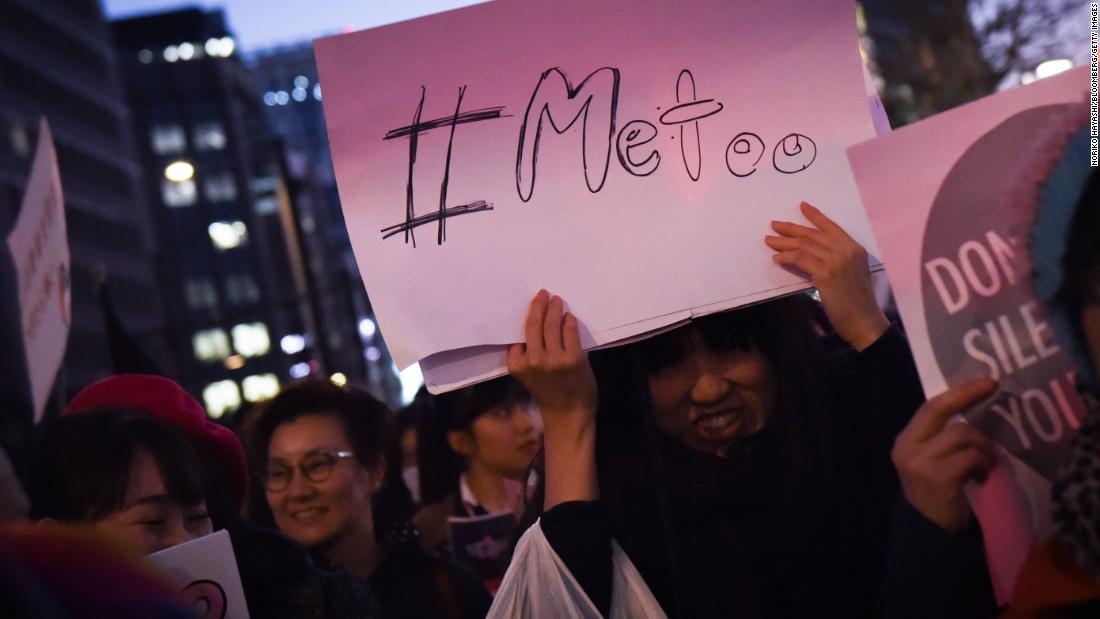