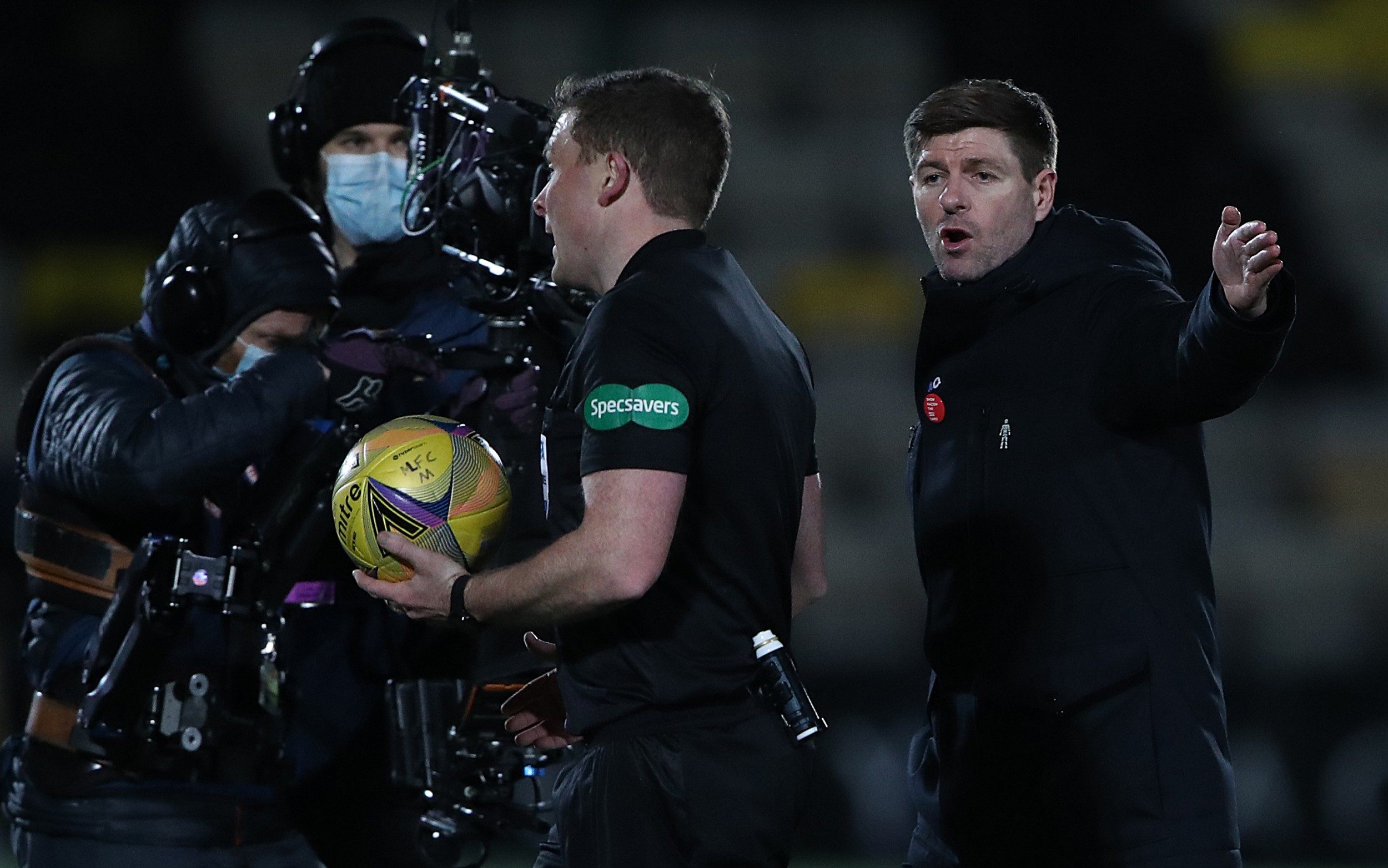 Gerrard’s frustration was matched by that of his players as they battered at the yellow cordon in front of Stryjek without reward. Connor Goldson had the ball in the net just after the interval with a header from a Barisic free-kick, but the defender was flagged offside.

A display of fireworks outside the ground enlivened the evening, but Rangers could not propel themselves to victory despite a series of chances which fell to Morelos. The striker fashioned one such opportunity by fending off two opponents for a low shot which swept wide, as did his next attempt, when he had been set up by Glen Kamara.

Morelos’s profligacy continued at a Barisic corner, headed on by Goldson and again steered off target. The forward, though, had not exhausted his reserves of persistence and his moment finally arrived when a Steven Davis shot was parried by Stryjek to the feet of Morelos, who had only to roll the ball across the line to take Rangers three points closer to their first title in 10 years.