By Antonia Paget For Mailonline

Concerns are growing over the safety of a screaming woman reportedly seen being bundled into the back of a van and driven away.

Police have launched an investgation after reports of a shouting woman being snatched in Peterborough late last night.

One claimed to have seen the van, which had a broken rear brake light, driving away with the woman inside. 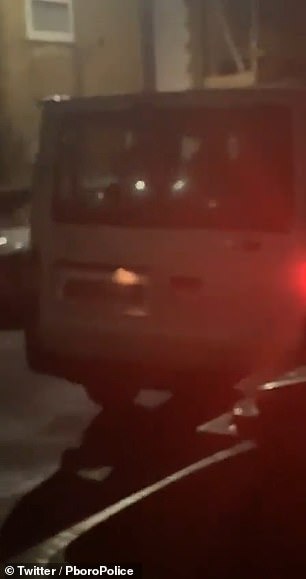 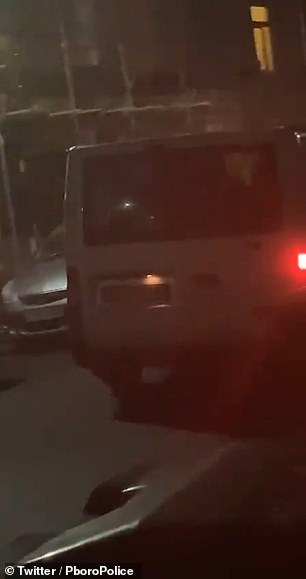 Police have released footage of a van as part of their appeal for information. They say the European registration plate van concerned had a broken brake light and was described as a silver or white people-carrier 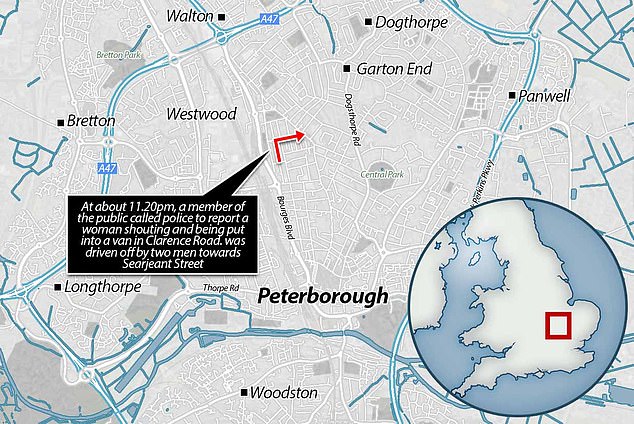 The van, described as a white or silver people-carrier with a European registration plate, was driven off by two men towards Searjeant Street.

Police have released footage of a van as part of their appeal for information about the incident.

Detective Inspector Lucy Thomson said: ‘We understand this incident will be of concern to local residents and we have been working throughout the night to try to establish further information.

‘Officers are in the area carrying out enquiries and we are keeping an open mind while the investigation continues.

‘Our main priority is to find the woman safe and well so I would urge anyone with information, or who may have seen the van in the lead up to, or after the incident, to get in touch.’

The woman is described as short with blonde hair and wearing a grey tracksuit.

Police were called by concerned residents on Clarence Road at 11.20pm on February 17.

They have appealed for anyone with information to come forward and report it to police.

A statement on their website says: ‘Anyone with information should call us on 101, quoting incident 544, or visit www.cambs.police.uk/report/Report.