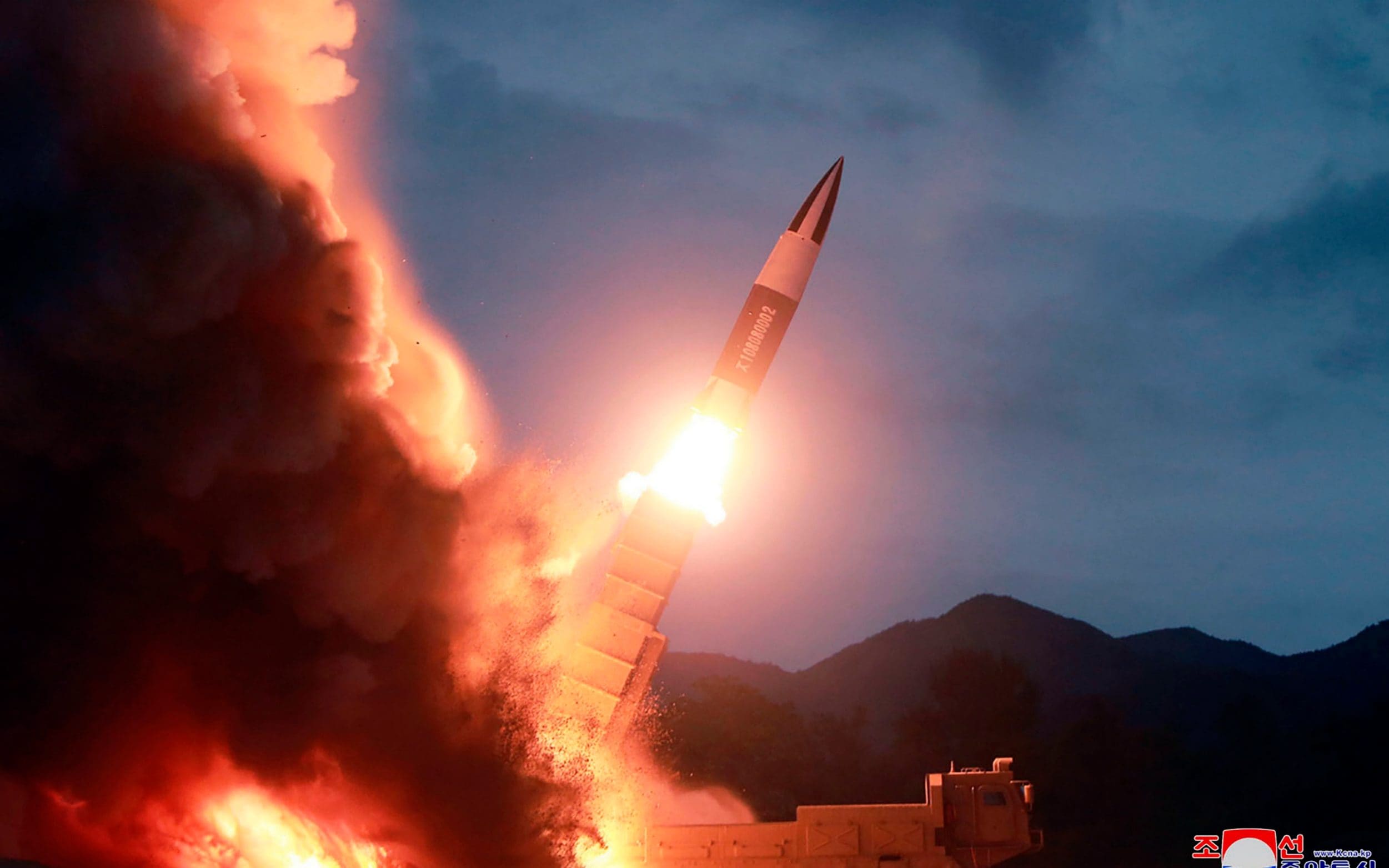 The launches coincided with the start of the Olympic torch relay in Japan on Thursday, beginning a four-month countdown to the summer Games in Tokyo which were delayed from 2020 due to the pandemic.

Mr Suga said he would ensure a safe and secure Olympics and “thoroughly discuss” North Korea issues including the launches with Biden during his visit to Washington next month.

The missiles were launched just days after North Korea fired “multiple” short-range missiles off its west coast. Mr Biden dismissed that incident, saying, “We have learned that nothing has changed”.

While the North’s firing of short-range weapons does not contravene UN resolutions, Pyongyang has been quick to escalate the situation by launching ballistic weapons.

Leif-Eric Easley, a professor of international studies at Ewha Womans University in Seoul, said the regime of Kim Jong-un appears to be “emerging from its self-imposed isolation”.

“It undiplomatically rejected overtures from the Biden administration and issued provocative statements against the US and South Korea during the allies’ recent defence exercises and high-level meetings,” he said. “With its return to testing different types of missiles, Pyongyang is flirting with the limits of what it can get away with under UN Security Council Resolutions”.

Pyongyang’s provocations also come in spite of repeated efforts by Moon Jae-in, the president of South Korea, to provide medical aid and desperately needed food supplies to the North, all of which have been ignored, said Mr Easley.

“So far, Pyongyang has not accepted offers of humanitarian cooperation, claiming self-reliance while depending heavily on China,” he said. “North Korea’s military activities after reaffirming ties with Beijing raise questions about how China is complicit in sanctions evasion and may be enabling the Kim regime’s threats to the region. This will increase calls in the US and elsewhere to sanction Chinese firms involved in illicit trade”.

President Biden’s government is working on a comprehensive review of US policy towards North Korea, with the new strategy expected to be announced in the coming weeks.

Recent announcements in North Korea and China have indicated that the two governments are once again drawing closer together to resist US-led initiatives on security and regional cooperation. Emboldened by the backing of Beijing, analysts suggest that North Korea may be returning to brinkmanship in its approach to international relations.