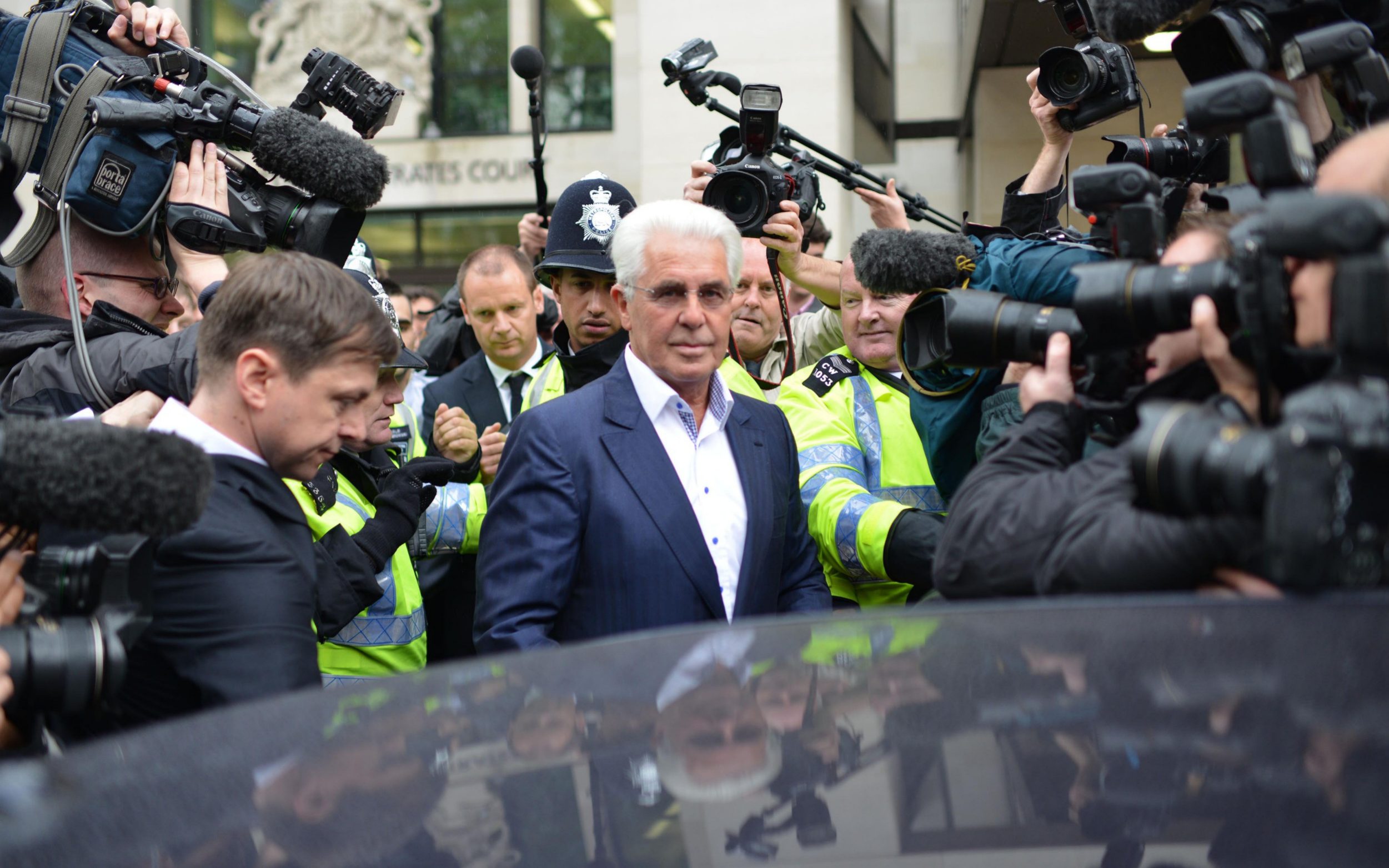 Every Fleet Street journalist had Max Clifford on speed dial. The tabloids were in his pocket, of course, but he dealt with the rest of us on a regular basis. He was Britain’s most famous publicist, and if you were covering the stories that the nation was talking about, from Sven Goran Eriksson’s surprisingly busy romantic affairs to Jade Goody’s death, you spoke to Clifford – who was always courteous and professional. His avuncular manner made him a frequent guest on the news and chat shows. It was quite the PR job, the one he did on himself.

Yet there were plenty of people close enough to Clifford to know what lay behind the public image. The editors to whom he would boast about his horrible sexual exploits; the reporters who watched him empty a Jiffy bag of photographs onto the table in front of them, showing that he had secretly taken compromising photographs of his own acquaintances in flagrante. “It was Max saying, ‘I am untouchable,’” one reporter told Max Clifford: The Fall of a Tabloid King (Channel 4).

He was untouchable for many years. No red-top newspaper was going to bite the hand that fed them David Beckham and Rebecca Loos, or David Mellor in his Chelsea strip. That last detail was made up, but will follow Mellor for the rest of his days. Clifford readily admitted to peddling barefaced lies. Nobody seemed to mind.

Creepily, Clifford had spilt many details of his proclivities – sex parties, voyeurism, coercing young women into having sex with his friends under false pretences – to his biographer, Angela Levin. She appeared here as a disapproving aunt, to say that listening back to the tapes made her blood run cold. And yet she didn’t run for the hills when he said this stuff. The film contained no bombshells, but through talking heads such as Levin it illustrated the ways in which powerful men are allowed to get away with terrible things.

Clifford was eventually exposed as a predator by victims who bravely went to police, and sentenced to eight years in prison for sex offences. It was a dramatic fall, but really he’d been hiding in plain sight.