The law enforcement leaders responsible for protecting the US Capitol when a pro-Trump mob stormed past security on 6 January have pointed their fingers at shortcomings by federal officials and agencies in failing to stop the deadly breach.

At a hearing before a joint Senate panel on Tuesday, Metropolitan Police acting chief Robert Contee, former House sergeant at arms Paul Irving, former Senate sergeant at arms Michael Stenger, and former US Capitol Police chief Steven Sund, offered conflicting accounts and characterisations of the actions they took leading up and during the riot.

But each man pointed to a pair of massive failures by the federal authorities that they said contributed to the bloodshed: first, national security and intelligence officials failed to warn them in time of the magnitude of the threat posed by the pro-Trump crowd. And secondly, the Defense Department dawdled in deploying the National Guard to support police units that had been overwhelmed protecting a joint session of Congress as it was certifying Joe Biden’s 2020 election victory.

Senator Amy Klobuchar, the chairwoman of the Rules Committee that has jurisdiction over the US Capitol Police, indicated to reporters on Tuesday that she mostly agreed with the law enforcement leaders’ assessment of the security situation surrounding the attack.

“There were clearly intelligence issues — with information that was out there that didn’t get to the right people, actions that weren’t taken, and mostly that the National Guard, where there was a combination of the Defense Department and when the request was made, weren’t called in in a major way,” Ms Klobuchar said.

The Minnesota Democrat announced on Tuesday that her committee would hold another hearing next week with officials at the Pentagon, FBI, Department of Homeland Security, and possibly others.

One question senators will be keen to ask those leaders is why it took so long for Army officials to deploy National Guard troops even as Mr Sund, the USCP chief at the time, was pleading with them to send reinforcements.

Mr Contee told senators on Tuesday he was “literally stunned” by the sluggish response from DOD regarding the request for guardsmen and guardswomen.

The federal authorities will also face a grilling on the intelligence failures alluded to throughout the day on Tuesday.

While a roughly 35-member intelligence team at the US Capitol Police has open-source access to available national security information to prepare for various functions, the department does not conduct its own robust intelligence gathering. The USCP and House and Senate sergeants-at-arms instead rely on information sharing from federal agencies for preparing for events at the Capitol.

According to Mr Sund, who said on Tuesday he regrets resigning his post in the wake of the January attack, the intelligence available to his department leading up to 6 January indicated that the day’s events would mirror two pro-Trump rallies in DC — the first and second “Million Maga Marches” — from the days and weeks prior. At those events, minor scuffles had broken out between Trump supporters and counter-protesters, but nothing of the magnitude of what happened at the Capitol riot.

“None of the intelligence we received predicted what actually occurred,” Mr Sund said.

“A clear lack of accurate and complete intelligence across several federal agencies contributed to this event, and not poor planning by the United States Capitol Police,” he said. “We rely on accurate information from our federal partners to help us develop effective security plans.”

Mr Sund and his former law enforcement partners uniformly agreed on Tuesday that the most violent elements of the attack on the legislature had been premeditated and carefully planned out. And they each confirmed their belief that “white supremacists” were heavily involved in the riot, despite the insistence of GOP Senator Ron Johnson of Wisconsin that “fake Trump supporters” provoked the mayhem.

Scores of news outlets have published investigative reports with details about the open planning happening on right-wing message boards in the days and weeks leading up to the storming of the Capitol.

Several men who wore combat gear and radio equipment as they breached the Capitol — including one who carried zip ties into the Senate chamber — have been arrested and subsequently found to be hardcore supporters of the former president who was impeached in January for a second time for inciting the attack.

At least 14 of the 250 people who have been arrested so far in connection with the riot have professed to be supporters of the pro-Trump QAnon conspiracy theory that maintains the former president was elected in 2016 to wage a shadow war against a cannibalistic cabal of Satan-worshipping paedophiles consisting of Democratic politicians, Hollywood elites, and other prominent liberals.

Another 16 have links to the so-called Proud Boys, a fringe right-wing militia group that fervently backs Mr Trump. Others are affiliated with a militia group of former law enforcement officers who call themselves the Oath Keepers.

How could this happen? How could the nation’s top federal security apparatus completely miss the seriousness of this domestic terrorist threat, even as news outlets had been reporting for weeks that right-wing extremists had been openly plotting violence at the Capitol on 6 January, many cut from the same ideological cloth as the group of men that intended to kidnap Michigan governor Gretchen Whitmer last year?

Senate homeland security chairman Gary Peters said the ease with which the Capitol rioters overran the legislature exposed how outdated the US government’s approach to terrorist threats has become.

The national security apparatus in this country underwent enormous changes after the 9/11 terrorist attack to focus on foreign groups threatening US citizens.

While those groups and their offshoots still exist and pose a worldwide threat, domestic extremism poses a much bigger problem for American national security than it did in the early 2000s.

“They’re basically built around responding to foreign terrorist attacks. They have been slow to adapt to this evolving threat of domestic terrorism that we have seen in the last few years,” Mr Peters said of US national security agencies on Tuesday.

He noted that his own committee on homeland security was created to oversee reforms and “fix the intelligence failures that led to 9/11”. But with the rise of domestic extremism — particularly from the right-wing fringe — the new decade requires a new emphasis.

“Now I intend to assure that this committee oversees efforts to fix the failures that led to the January 6 attack,” Mr Peters said. 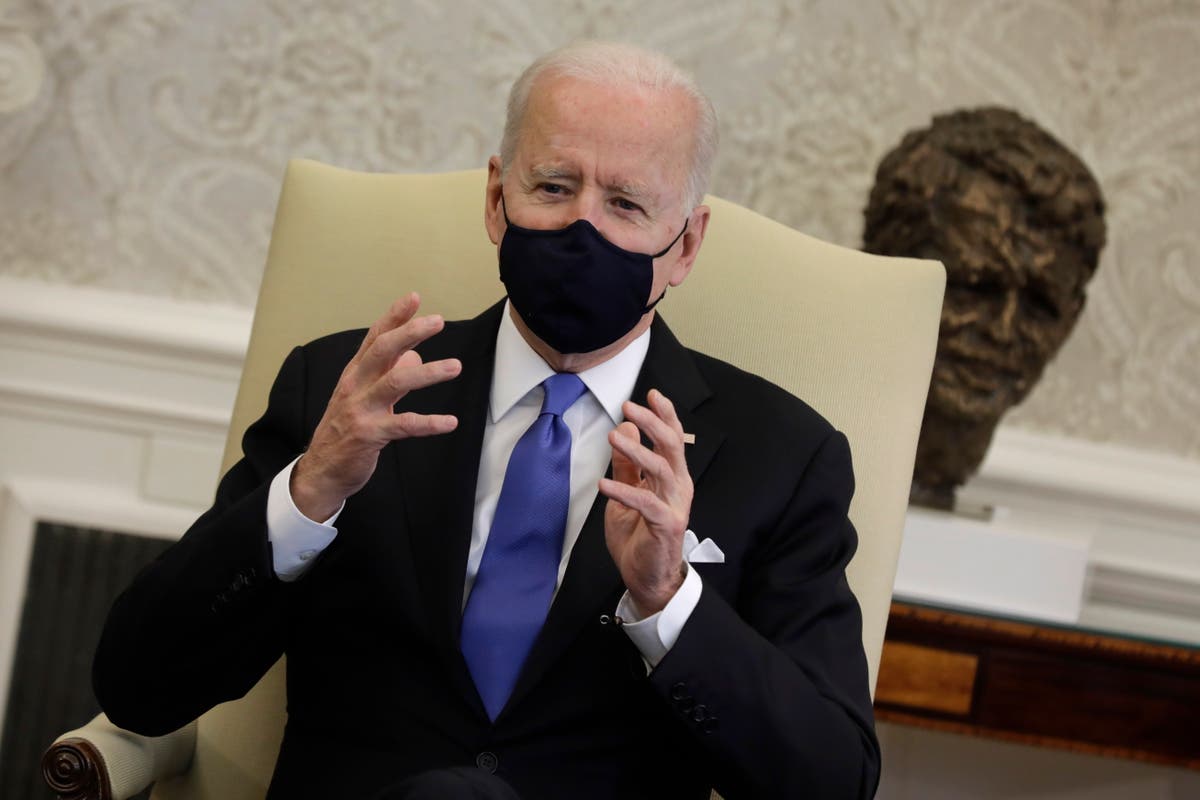 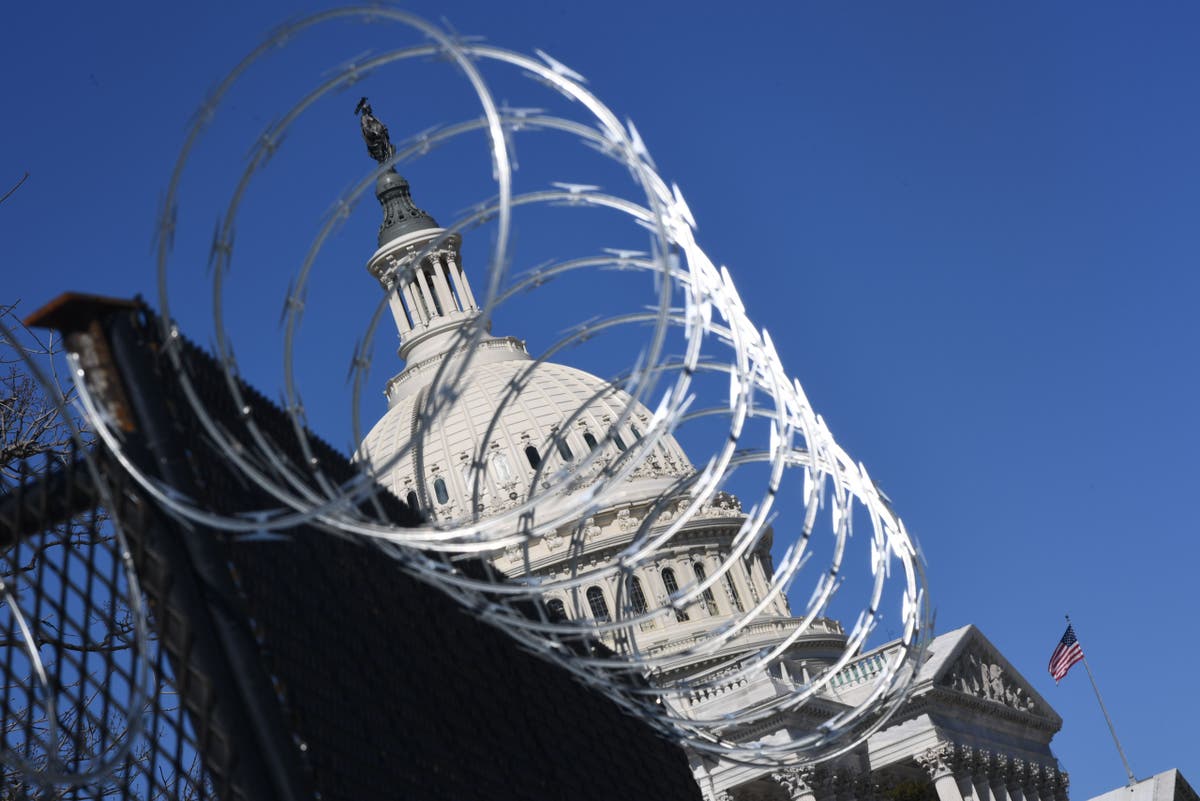 20 Best Horror Movies on Netflix You Have to Watch

20 Best Horror Movies on Netflix You Have to Watch