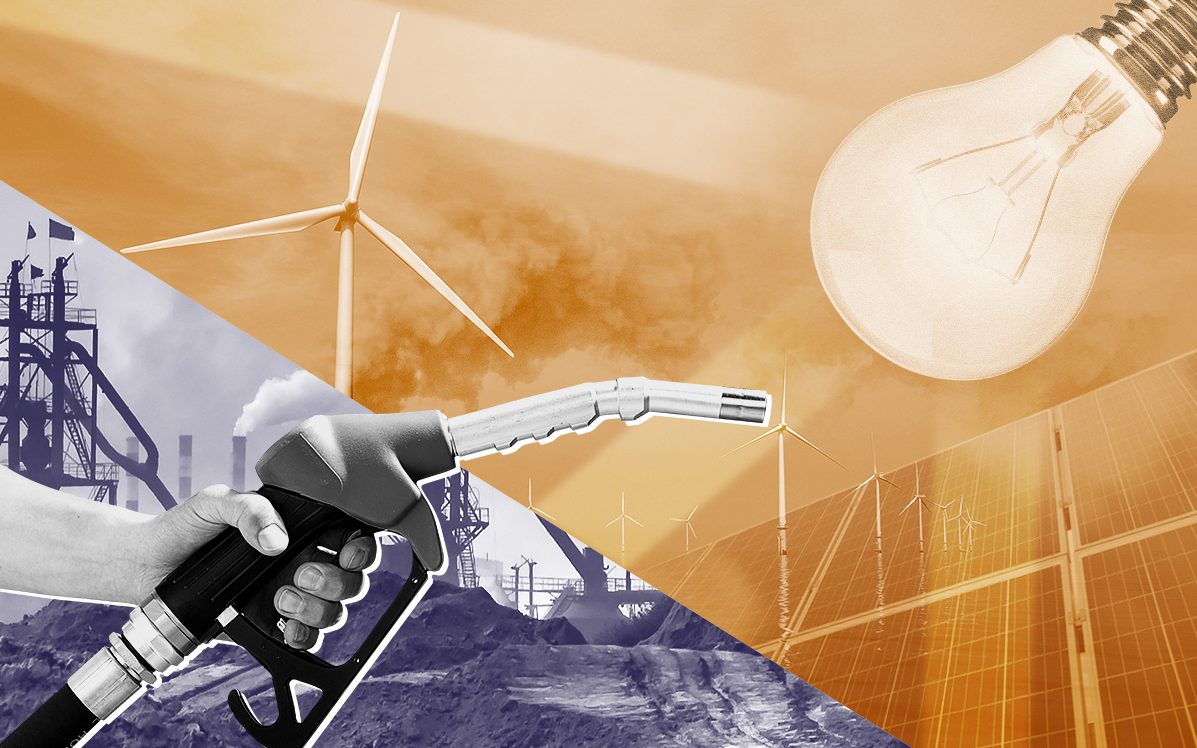 It is a compelling vision: by 2050, this island nation will no longer contribute to greenhouse gas emissions. It will grace the globe leaving no imprint, no carbon trail to threaten future generations, merely kissing the surface of the silver sea.

Not that we residents will be energy starved, husbanding our watts like misers, parcelling out energy as if on wartime ration cards, shivering physically and shrivelling economically and politically.

No. Two months ago, Boris Johnson set out how we can have our cake and eat it, consuming at full tilt as, over the next three decades, a green industrial revolution powers us forward with clean energy and clean consciences. ‘We will harness Mother Nature,’ he said. ‘Green and growth can go hand-in-hand.’

November was a big month for environmental policy on the other side of the Atlantic too, with Joe Biden’s presidential election victory meaning that America will rejoin the Trump-scorned Paris Agreement, (that landmark 2016 deal to keep global average temperatures from rising more than two degrees above pre-industrial levels).

Like Johnson, Biden has promised a green energy revolution, though on a far grander scale. While Britain pledges £12 billion of government investment, Biden’s plan is to spend £1.5 trillion ($2 trillion).

If Biden sticks to his plan, renewables – including wind, solar, nuclear and hydropower – could become the world’s biggest source of electricity by next year, according to Fatih Birol, head of the International Energy Agency.

Gas boilers could be banned in newly built UK homes from 2023, making way for hydrogen boilers or heat pumps. Petrol and diesel cars will begin to disappear until sales of them, too, are banned, in 2030.

The PM paints a picture of Britons cooking ‘your breakfast using hydrogen power before getting in your electric car, having charged it overnight from batteries made in the Midlands. Around you the air is cleaner, and the trucks and trains, ships and planes are running on hydrogen or a synthetic fuel.’

It is a smorgasbord of options to help us generate, store and consume energy in cleaner, more efficient ways. And it’s not impossible.

The UK is already doing well on renewables. Latest figures show that in 2020 they collectively generated around 45 per cent of our electricity, up nine per cent on 2019. If the dream of going carbon neutral is truly to be realised, however, Britain will need to plug the remaining gap, and there is one obvious way to do that.

Our island makes us singularly well placed to capitalise on a wind boom offshore, where gusts are strong and regular, and NIMBYs less likely to complain. Already the UK is a global leader, with about a third of the globe’s 29GW (gigawatt) offshore capacity. And we are building more fast. The plan is to quadruple our production by 2030.

If completed, it will represent a remarkable endeavour, as we will need not only anchored, shallow-water turbines but giant, deep-water floating platforms, too. The turbines themselves will be vast.

Un-American! Ex-Clinton Adviser SLAMS Big Tech: ‘Conditioning Us to Not Think Like Americans’