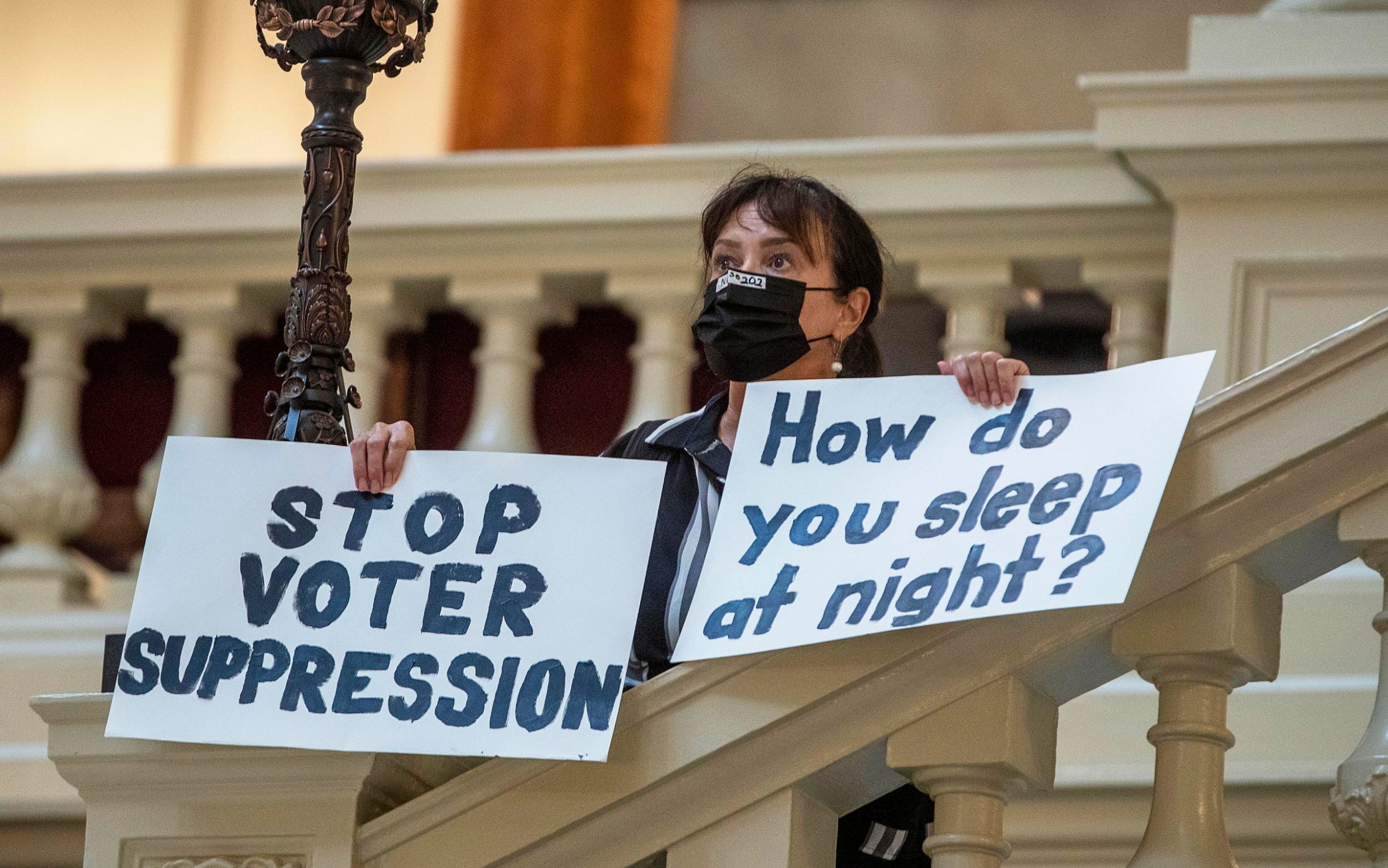 Democratic Representative Rhonda Burnough said the bill is based on lies told by Republicans after November’s election.

“Georgians turned out in record-breaking numbers because they could access the ballot,” Ms Burnough said. “Lies upon lies were told about our elections in response, and now this bill is before us built on those same lies.”

Republican Representative Jan Jones said the provisions cutting the time people have to request an absentee ballot are meant to “increase the likelihood of a voter’s vote being cast successfully,” after concerns were raised about mail ballots not being received in time to be counted.

One of the biggest changes gives the GOP-controlled legislature more control over election administration. That has raised alarms about potential greater partisan influence.

The law replaces the elected secretary of state as the chair of the state election board with a new appointee of the legislature after Republican Secretary of State Brad Raffensperger rebuffed Mr Trump’s attempts to overturn Georgia’s election results. It also allows the board to remove and replace county election officials deemed to be underperforming.

That provision is widely seen as something that could be used to target Fulton County, a Democratic stronghold covering most of Atlanta, which came under fire after long lines plagued summertime primary elections.

Republican Representative Barry Fleming, a driving force in crafting the law, said that provision would only be a “temporary fix, so to speak, that ends and the control is turned back over to the locals after the problems are resolved”.

The law also reduces the timeframe in which runoff elections are held, including the amount of early voting for runoffs. And it bars outside groups from handing out food or water to people in line to vote.

The law does not contain some of the more contentious proposals floated by Republicans earlier in the session, including limits on early voting on Sundays, a popular day for Black churchgoers to vote in “souls to the polls” events. It instead mandates two Saturdays of early voting ahead of general elections, when only one had been mandatory, and leaves two Sundays as optional.