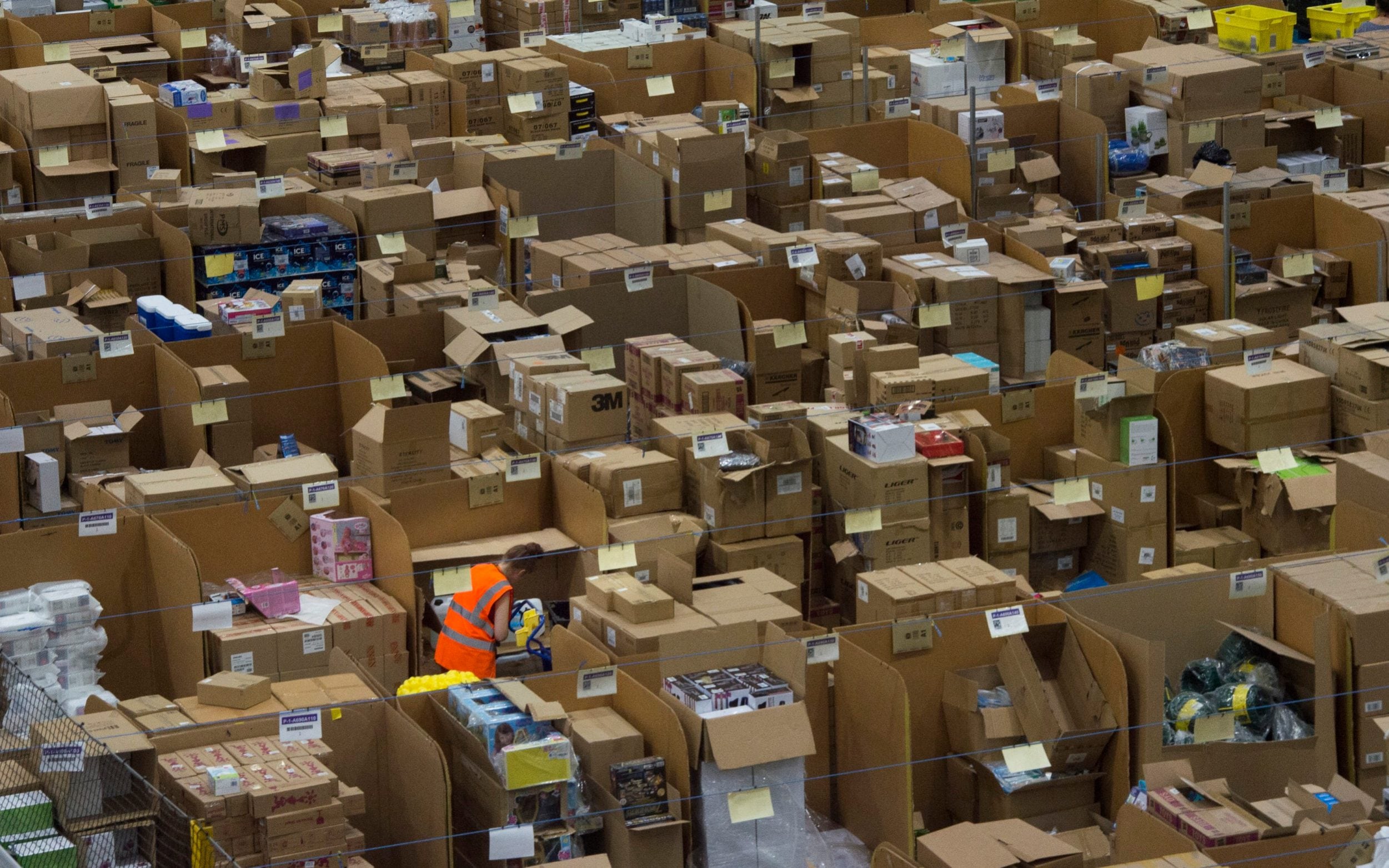 Amazon warehouse workers are being rewarded with digital currency for packing items more quickly in an arcade-style game initiative that is being expanded across the company.

Workers in the US can now compete in games which are controlled by packing orders for customers at a fast pace.

The games appear on screens at picking stations where workers store items that have been selected from the shelves by warehouse robots. The quicker employees move items around, the more digital currency they win from the game, The Information reported.

The currency, which is earned playing one of six games including PicksInSpace, Dragon Duel and MissionMaster, can be used to buy and look after virtual pets.

The programme has been trialled in one Amazon warehouse since 2017.

Workers told The Information that their colleagues were afraid to play the games in case they injured themselves by working too quickly. One likened the initiative to a scene from Black Mirror, Charlie Brooker’s dystopian television series. Another claimed that the games provided a distraction from the mundanity of the work.

“It helps make the mind-numbing boredom of a 10-hour shift better,” they said.

Amazon said that the games were voluntary and not tied to performance.

A spokesman told the website: “Employees have told us they enjoy having the option to join in these workstation games, and we’re excited to be taking their feedback and expanding the programme to even more buildings throughout our network.

“Even with this expansion, the programme remains completely optional for employees; they can switch in or out of different games depending on their preference, can play anonymously, or not play at all – the choice is theirs.”

Amazon did admit in December last year that it closely tracks workers in its fulfilment centres after five minutes or more of inactivity.

It wrote in a letter to Senator Elizabeth Warren that it flags workers who spend five minutes or more without scanning an item in the warehouse to managers.

Managers can track a packer’s movements through a system that detects movements on sensors found on the devices packers use to scan items.

The company also offers a different digital currency to the game programme named swag bucks, which are tied to performance. Workers can trade the virtual coins for Amazon branded items like rucksacks or headwear. Managers can give eSwag to employees who achieve or exceed packing targets.

Why does March Madness start on a Friday in 2021? Explaining the new NCAA Tournament schedule