SportsPulse: Lorenzo is on a roll, like a Derrick Henry stiff arm kind of roll. He provides his three best bets for Week 6 in the NFL.

A quick glance at items of interest as Week 6 looms in the NFL:

WHO’S HOT: Teddy Bridgewater. Perhaps no quarterback in the NFL can relate to both the gruesome injury suffered by Dak Prescott and the inspiring return of Alex Smith last weekend like the new Carolina Panthers quarterback. Bridgewater made it back from a torn ACL and dislocated knee injury on the Vikings’ practice field in 2016 that many feared could end his career.

After a long, arduous comeback that included a stop with the Jets, one series of game action in two years, then two years of backup duty behind Drew Brees with the Saints, look at him now. The Panthers (3-2) take a three-game winning streak in a clash on Sunday against the Bears (4-1), succeeding without their best player, Christian McCaffrey. Bridgewater doesn’t have the imposing physical stature of many great quarterbacks. He isn’t revered as a dual threat like his predecessor in Carolina, Cam Newton, although he used a serious open-field juke-shake on an 18-yard touchdown run against the Cardinals in Week 4.

He just wins. Filling in for an injured Brees, he helped save the Saints’ season last year with a 5-0 stretch as the starter. Now, aided by fill-in running back Mike Davis, Bridgewater is providing a steadying force for a team that seems intent on exceeding expectations. When coach Matt Rhule raved this week about Bridgewater’s “elite” football IQ, it was as big a clue as any for why the quarterback consistently wins.

PRESSURE’S ON: Matt Patricia. With coaches in Atlanta and Houston fired the past two weeks and constant buzz about Adam Gase’s security with the Jets, who’s next? The Lions coach, taking his 1-3 team to Jacksonville, would seem to be one on shaky ground. This was amplified by Fox analyst Terry Bradshaw’s assessment of Patricia: “He can’t coach a lick.” Ouch.

Bradshaw, a Hall of Famer with street cred, might have been a bit harsh. But the numbers add context. Patricia is 10-25-1 since arriving in Detroit and had the nerve to utter something about the problems he inherited. Let the record also show that predecessor Jim Caldwell was 36-28 with two playoff berths and three winning seasons in four years. And the Leos got worse with Patricia at the helm.

Caldwell was dumped after posting back-to-back 9-7 campaigns, and it’s fair to wonder if he’d still have a job if Bob Quinn – connected to Patricia through their New England Patriots years – were not Detroit’s GM. That’s Exhibit A with the NFL’s hiring patterns that so irks those who closely follow the opportunities or lack thereof for minority coaches. People with power too often slide their friends into these key jobs … and too often the franchises and their loyal fans get the shaft.

KEY MATCHUP: Davante Adams vs. Carlton Davis.Maybe. Davis, who typically covers the opponent’s top receiver, has been slowed by an abdomen injury. That’s not the best condition to handle Adams, coming off his own injury (hamstring) and after missing two games, itching to demonstrate his presence as Aaron Rodgers’ top target. Since the start of 2019, Green Bay is 6-0 without Adams. They’ve won without him. But Adams’ chemistry with Rodgers could be crucial on Sunday, given the tendency for Bucs D-coordinator Todd Bowles to dial up heavy dosages of blitzes that often require man-on-man coverage on the corners. If Davis can’t go, the duty falls Sean Murphy-Bunting or Jamel Dean.

NEXT MAN UP: Alexander Mattison.With NFL rushing leader Dalvin Cook sidelined by a groin injury, the understudy drafted out of Boise State in the third round last year is poised to make his first NFL start. It’s just Mattison’s luck that the winless Falcons are on the docket for Minnesota, a week after he came off the bench and rushed for a career-best 112 yards against the Seahawks. Cook, who was on a hot streak and has rushed for 489 yards this season, has insisted that Mattison reminds him of himself. Uh-oh. That would be big, fast and bruising.

ROOKIE WATCH: James Robinson. Talk about bang for the buck. Even without the benefit of a preseason to showcase his potential, Robinson won Jacksonville’s running back job as an undrafted free agent. Good move, Jags. The Illinois State product is fifth in the league in yards per scrimmage – topped only by big names Alvin Kamara, Dalvin Cook, Ezekiel Elliott and DeAndre Hopkins. He’s a dual threat averaging 4.6 yards per carry (333 yards) while snagging 19 catches for 183 yards. Why did so many teams pass on Robinson in the draft? Small school. Mediocre 40 time (4.6). Crapshoot. And now Robinson can make another statement against the NFL’s worst run defense as Detroit has allowed more than 170 yards per game on the ground.

STOMACH FOR AN UPSET: Browns at Steelers. Sure, Cleveland (4-1) never wins in Pittsburgh. Or at least it hasn’t since 2003 – the year before the Steelers drafted Ben Roethlisberger. And the Browns almost never beat Big Ben, who has a 23-2-1 mark against Cleveland. There’s no better way for the Browns – with a winning record for the first time since 2014 – to prove that their four-game winning streak is legit than to knock off the undefeated bully (4-0) down the turnpike who is favored by 3 ½ points.

It sets up as the perfect statement game for the Browns, who were supposed to be a hot team on the rise last year. Turns out that after coach Freddie Kitchens was fired after one season, first-year coach Kevin Stefanski has formulated the rhythm and balance that suggest this revival may not be so fleeting.

Then there’s last year’s brouhaha in Cleveland, which got out of control with Myles Garrett clubbing fill-in Steelers quarterback Mason Rudolph with his helmet. Bad blood has long been a part of this series. But it’s merely a subplot as Garrett can really leave a mark by continuing on a track that has him in the conversation for Defensive Player of the Year honors. Then again, that goes both ways. Baker Mayfield is a marked man for a Pittsburgh unit that has posted at least three sacks and an interception in each of its four games.

IF THE PLAYOFFS WERE TODAY: The Cowboys would be NFC East champs. These are the benefits of residing in the NFL’s worst division. Dallas (2-3) might even wind up punching a playoff ticket with a losing record and despite losing its starting quarterback. The offseason decision to sign former Bengals starter Andy Dalton was such a coup. Now Dalton, surrounded by a bevy of weapons, can prove it. Maybe injury-stung Philadelphia (1-3-1) will give the Cowboys a run. Or maybe not. But somebody’s gotta claim the division crown.

DID YOU NOTICE? Aaron Donald took over the NFL sack lead with a four-sack performance against Washington, raising his season total to 7 ½. Memo to the 49ers: Double the Dude. The Rams defensive tackle, whose 79 ½ career sacks ties Chandler Jones for most in the league since 2014, pointed out that surprisingly on each of his sacks last weekend, he was matched against a single man-on-man blocker. Guess that doesn’t work. 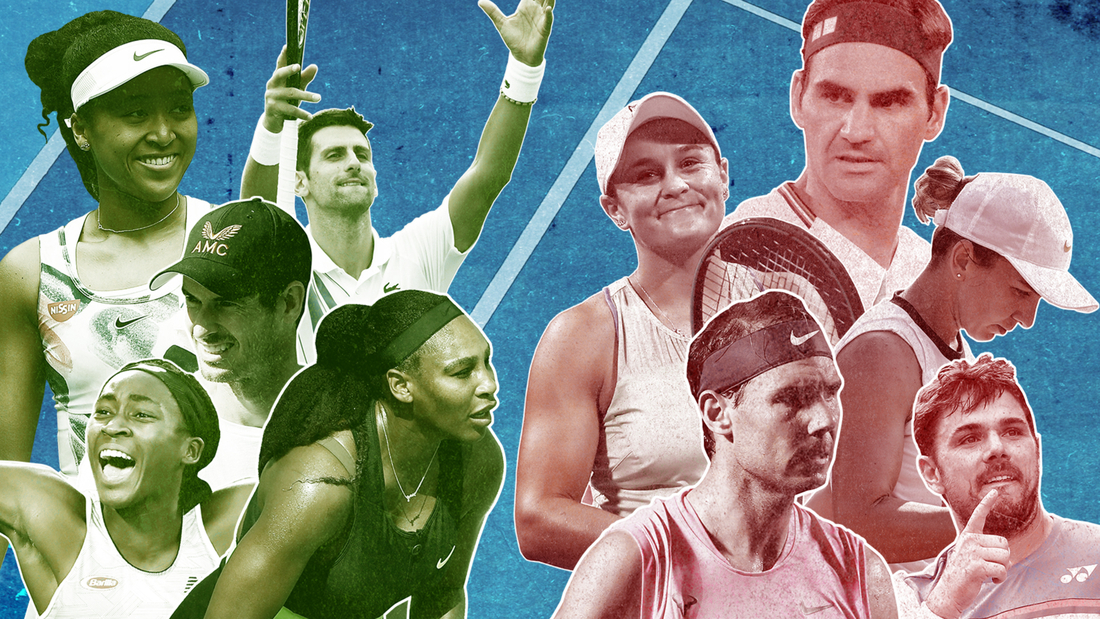 US Open 2020: A tennis grand slam like you’ve never seen before