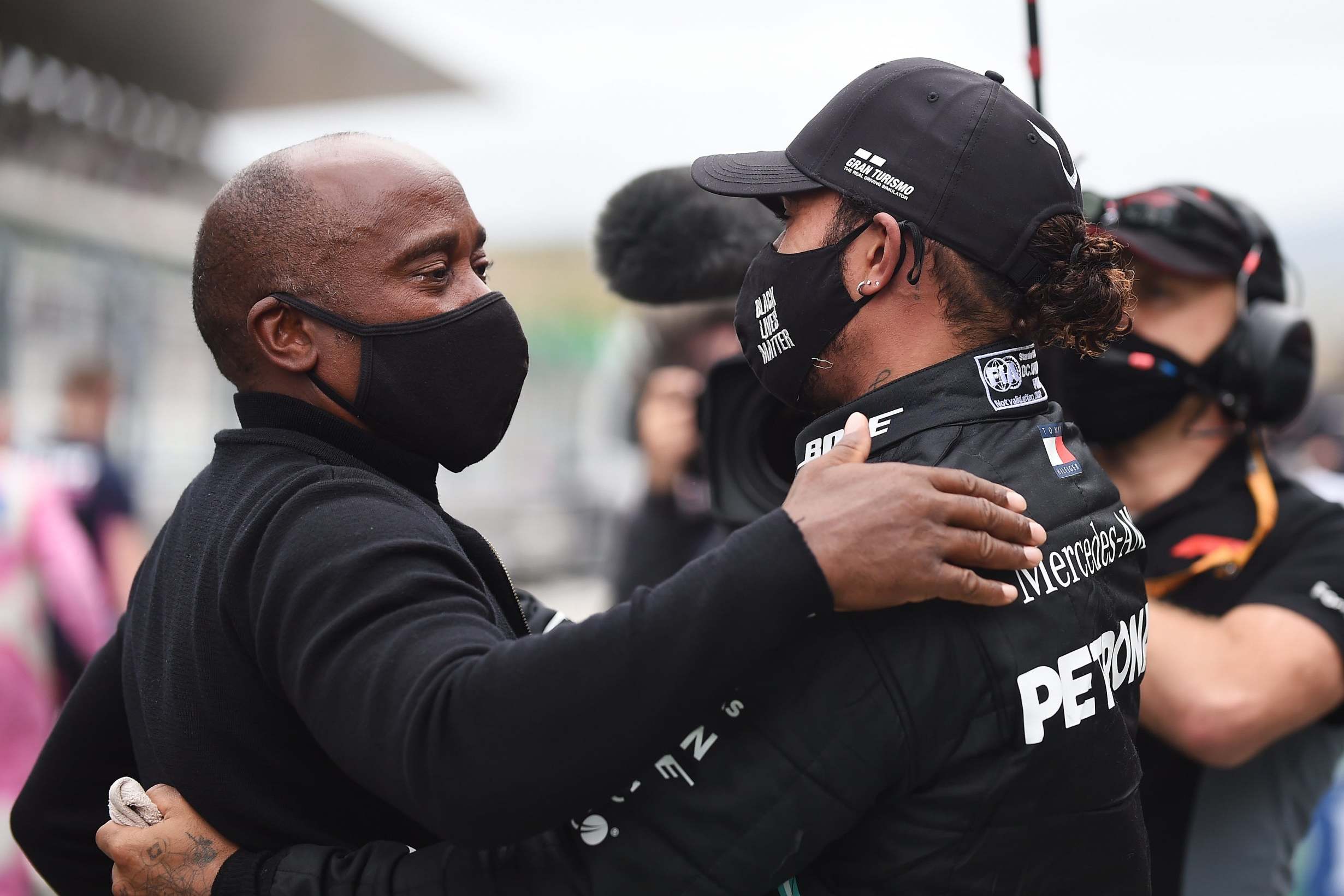 Hamilton won the Portuguese Grand Prix yesterday to claim the 92nd race win of his career and overtake Michael Schumacher’s previous record of 91.

The 35-year-old Mercedes driver, who is also on course to win his seventh world title, was clearly struggling to take it all in after the race as he hugged his father, Anthony. Watching on, too, was Hamilton’s stepmother, Linda, but it is his father who has been with him throughout his remarkable transformation from a go-karting prodigy into, arguably, the greatest F1 driver of all time.

“It means a lot for people to look at us and think, ‘Wow! In 1993, those guys had nothing’,” Anthony told Sky Sports. “With just hard work and dedication, you’ll be surprised what you can achieve.

“It was very emotional when Lewis came over [the finishing line]. It was almost like a culmination of everything from when he first sat down and said, ‘I want to go go-karting’. I was thinking, ‘I can’t afford it, Lewis, but if you’re going to do it, you’ve got to do it seriously — and we’ve been doing it seriously ever since.


“When he was eight, he was saying, ‘I’m going to win this. I want to work really hard so I can win this’. He’s done the same thing with every race since. It’s phenomenal, just phenomenal.”

Former world champion Damon Hill tweeted: “Well, I guess I can’t say I’ve beaten the best driver in F1 any more. I had a good run, though. Thanks @schumacher and welcome @LewisHamilton #GOAT #f1”.

His rivals have paid tribute, too. Red Bull’s Max Verstappen said: “What can you say? It’s an incredible achievement — 92 victories — and I don’t think it stops there. It will go well over 100, so he’s pushing me to go until I’m 40.”

Mercedes will just be hoping those future wins come in their car, because Hamilton’s contract expires at the end of this season. They want to keep him, with boss Toto Wolff in good spirits when quizzed about reports claiming Hamilton wants around £40million a year to sign a new deal.

“It’s huge. We have to sell plenty of inventory,” Wolff joked. “Sell the lease back off the buildings just to come up with the money.”

Hamilton said he “owed it all” to his team, adding: “I could only ever have dreamed of being where I am today. I didn’t have a [crystal] ball when I chose to come to this team and partner with these great people, but here I am.”