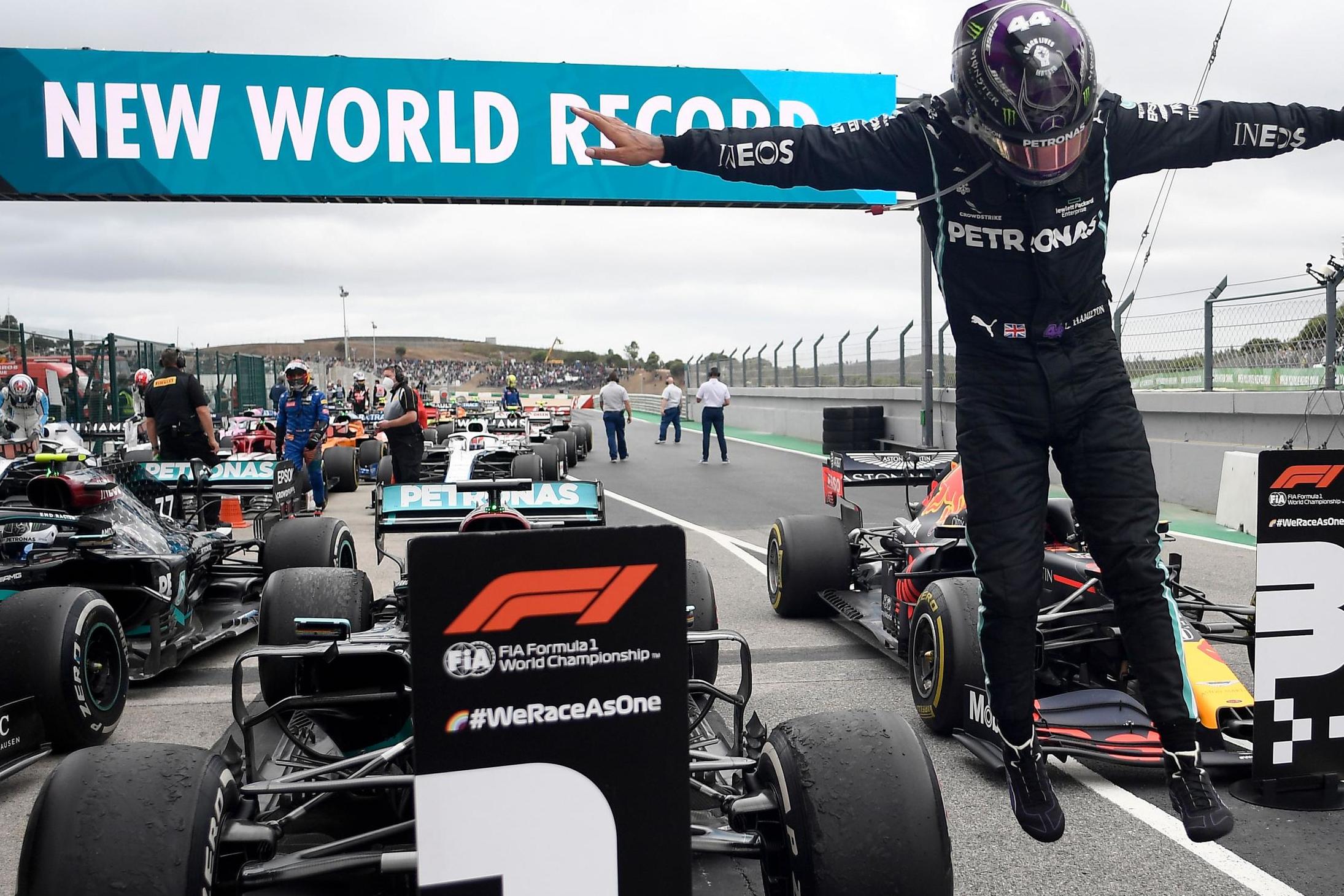 Lewis Hamilton made history on Sunday as he won the Portuguese Grand Prix to overtake Michael Schumacher as the most victorious driver in Formula One history with 92 Grand Prix wins.

A fortnight after he drew level with Michael Schumacher in Germany, Hamilton now stands alone in the record books after taking the chequered flag at Portimao 25.5 seconds clear of Mercedes team-mate Valtteri Bottas.

Hamilton is poised to become the sport’s most successful driver of all time as early as next month, with a seventh world championship certain to follow this season.

The Englishman’s victory here moved him 77 points clear of Bottas with just 130 points to play for. Red Bull’s Max Verstappen finished third ahead of the Ferrari driver of Charles Leclerc.

Hamilton said afterwards: “It is going to take some time to fully sink in. I cannot find the words at the moment.

“My dad is here, which is amazing, and my step-mum Linda too and my dog Roscoe so it is a blessed day.

“I could have only ever dreamed of being where I am today. I didn’t have a magic ball when I came to Mercedes but here I am and as a team we are trying to make the most of it.”