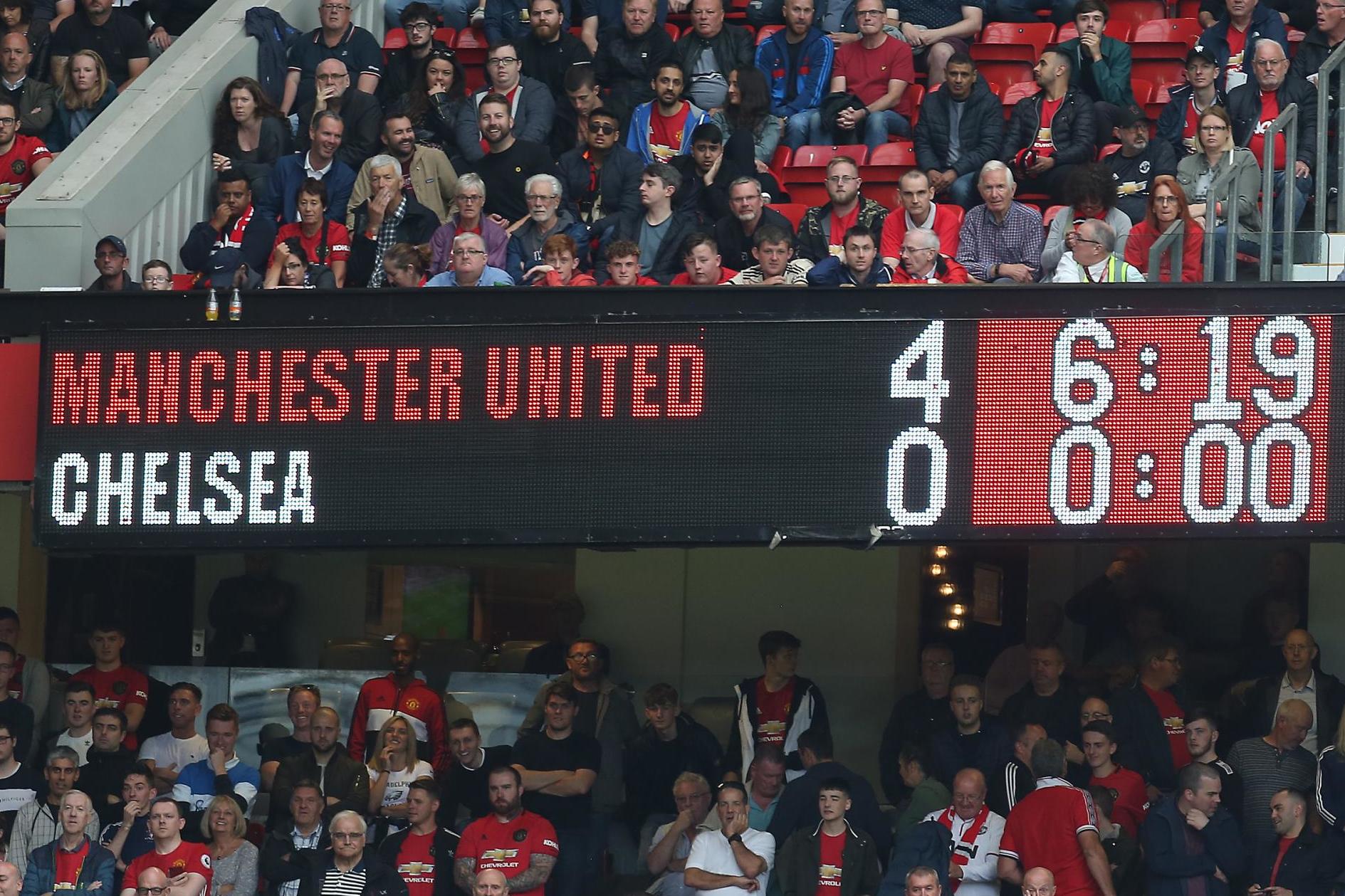 Frank Lampard has revealed the message he gave his Chelsea players in the immediate aftermath of last season’s humbling at Old Trafford.

A 4-0 defeat to Manchester United in their opening game of the season got Lampard’s fairytale return to the club off to a desperate start.

But he was adamant the scoreline didn’t reflect a game in which Chelsea were the better side for long periods and might have gone ahead early on when hitting the post.

Lampard refused to lay into his players afterwards.

Ahead of Saturday’s game against United, the Chelsea manager said: “I certainly questioned the match because it was a match that was very easy to analyse and be a pundit on.

“I remember it well and it made a real dramatic reaction, which was: 4-0 means one team was much better than the other.

“It was very clear to me and I said it to the players straight after. Three days after we went to the Super Cup and matched Liverpool and unfortunately lost on penalties.

“I saw a lot of things in the game against Manchester United where we were the better team for the first 50-plus minutes. Gave away a penalty. Two balls over the top they ran onto and scored in quick succession and it changed the face of the game.”

Lampard added: “I was never going to look past the lesson that that gave us as a team, but I also felt a real confidence in the work we’d done over pre-season to get us to a point where we could go there with the personality to, not outplay Manchester United for 45 minutes, but be the better team there, hit the post and have a few really good chances.

“So I never got too cut up about that one. For me it was just a game that showed me really good things about us and we needed to improve.”

Chelsea went on to lose to United in both the Carabao Cup and in the next league game at Stamford Bridge before Lampard finally got the better of Ole Gunnar Solskjaer in the FA Cup semi-final.

Both managers are under pressure to deliver title challenges this season, as well as silverware.

Lampard has been backed with the funds to bring in a stellar array of talent in the form of Kai Havertz, Timo Werner, Hakim Ziyech, Ben Chilwell, Thiago Silva and Edouard Mendy.

He insists it will take time for the new additions to gel.

Lampard said: “I have a pretty clear picture, but I’m not one to sit here and lay out all my plans and lay out exactly what I want to see because it can sound brilliant, like I’m finishing my pro licence and putting in how my team should play.

“The reality of football is it moves on a lot. Last season was very positive for us because we had an identity as a team that worked very hard off the ball and created a lot of chances, tried to get higher up the pitch. I think we made a lot of steps forward whilst also needing to make further.

“This season where we have new players that have come in definitely there would be a period where we had to work again.

“I don’t want to sit here and commit to what would be my ideal philosophy in six months, a year, two years because in real time you have to work with the players you have and just keep trying to improve.”

This weekend get a £10 free bet with Betfair, when you bet £10 on a Same Game Multi on the Premier League.

Mendy: I love working with Cech - but I hope we don't need him!