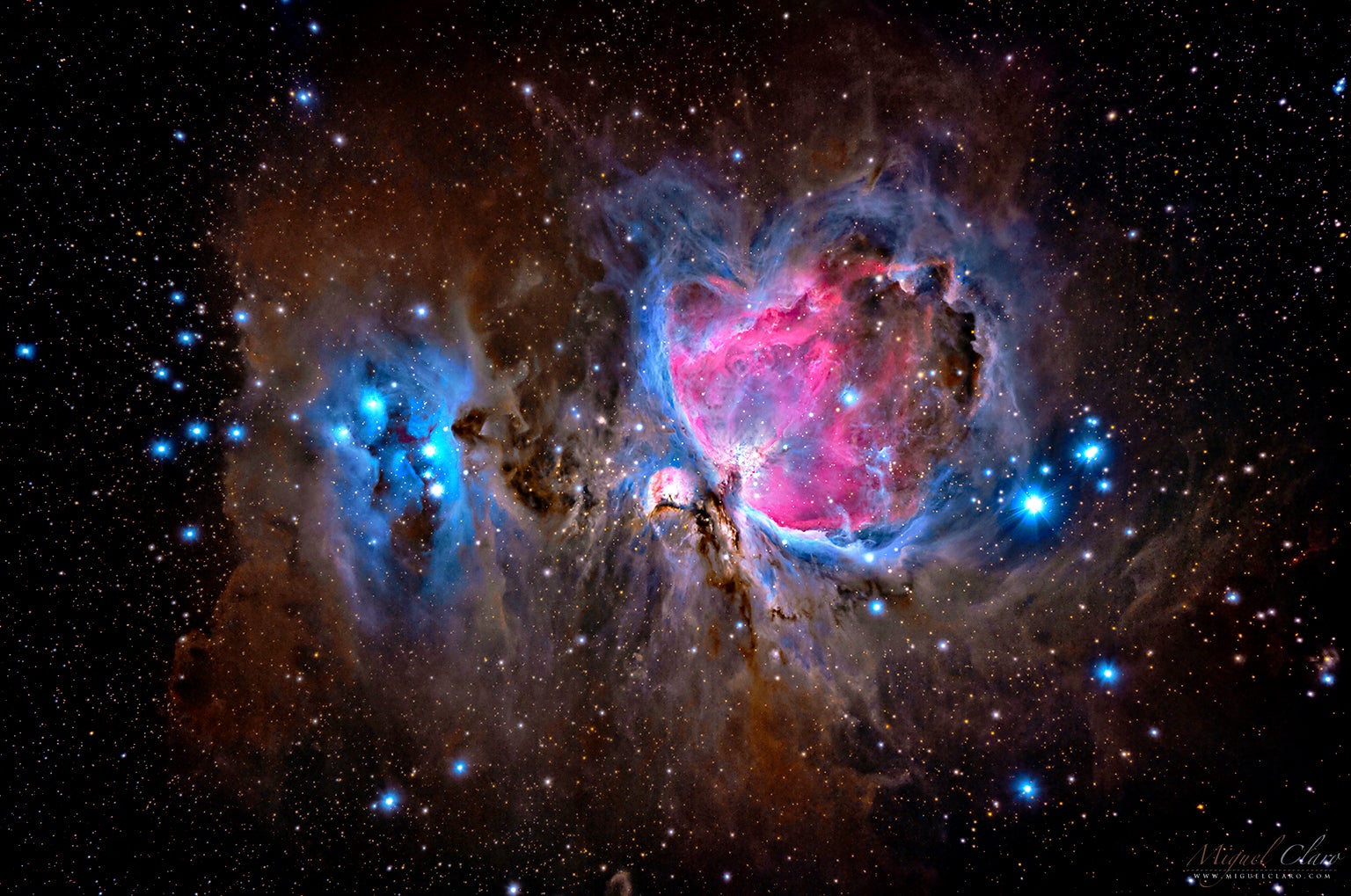 Yes, NASA takes great photos of the stars, galaxies and gas clouds throughout the universe. But the agency has telescopes floating in space that make this accomplishment a little easier. Miguel Claro, a Portugese astral photographer, takes all his portraits from the ground. Claro goes to great lengths to distill fragments of the night sky—even waiting out almost five hours of exposure time for a single shot. The results have earned him positions as a European Southern Observatory photo ambassador and as the astrophotographer for the Alqueva Dark Sky Reserve, the world’s first starlight tourist destination. Claro also belongs to First Light, a photographer organization in Portugal that provides lessons to those looking to ramp up their skills. As for NASA, it regularly features Claro’s work as the Astronomy Picture of the Day.

Simeis 147, or the Spaghetti Nebula. Wispy features, made visible by photography filters, linger around the site of a star explosion. The spinning neutron star left behind by the blast is full of condensed atoms referred to as “nuclear pasta.”

Comet Neowise, streaking by in July of 2020. While ions detach from the comet core to create the blue streak, sunlight reflects off dust particles, which repel away into the second, fainter tail.

Whirlpool Galaxy M51. The tendrils spiraling of the galaxy on the right are made of higher-density gas and generate stars, all while the smaller galaxy on the left, NGC 5195, has been migrating past for hundreds of millions of years.

NGC 1977. Often called the “running man nebula,” this cloud is three celestial bodies—NGC 1973, 1975 and 1977—that convene around a purple silhouette. The figure is made of thick dust clouds blocking out starlight from behind.

The Rho Ophiuchi star system. This colorful palette sits 400 light years away, one of the closest star-forming regions to Earth. Nebula throwing back the light of nearby stars makes the blue hazes, while energized gases emit the red hues.

The center of the Milky Way. We sit 26,000 light years from the core of our galaxy, which is hard to see without cameras or telescopes. Several colored patches are Messier objects, 110 fascinating items that are popular finds for amateur astronomers.

Hyades and Pleiades Shinning in The Colorful Dusty Field of Taurus

Hyades and Pleiades star clusters. The far-left Pleiades cluster took shape after seven sisters turned to stars, according to Greek mythology. The far-right Hyades cluster sits next to Aldebaran, or Alpha Tauri, a star 44 times larger than the sun.

Horsehead Nebula in a Colorful Field of Gas and Stars

A portion of the Orion Molecular Cloud Complex. The brightest star in this image belongs to Orion’s belt, and to its right lies the ominous black cloud of the Horsehead nebula. Like the Cone nebula, this gas formation fosters growing stars.