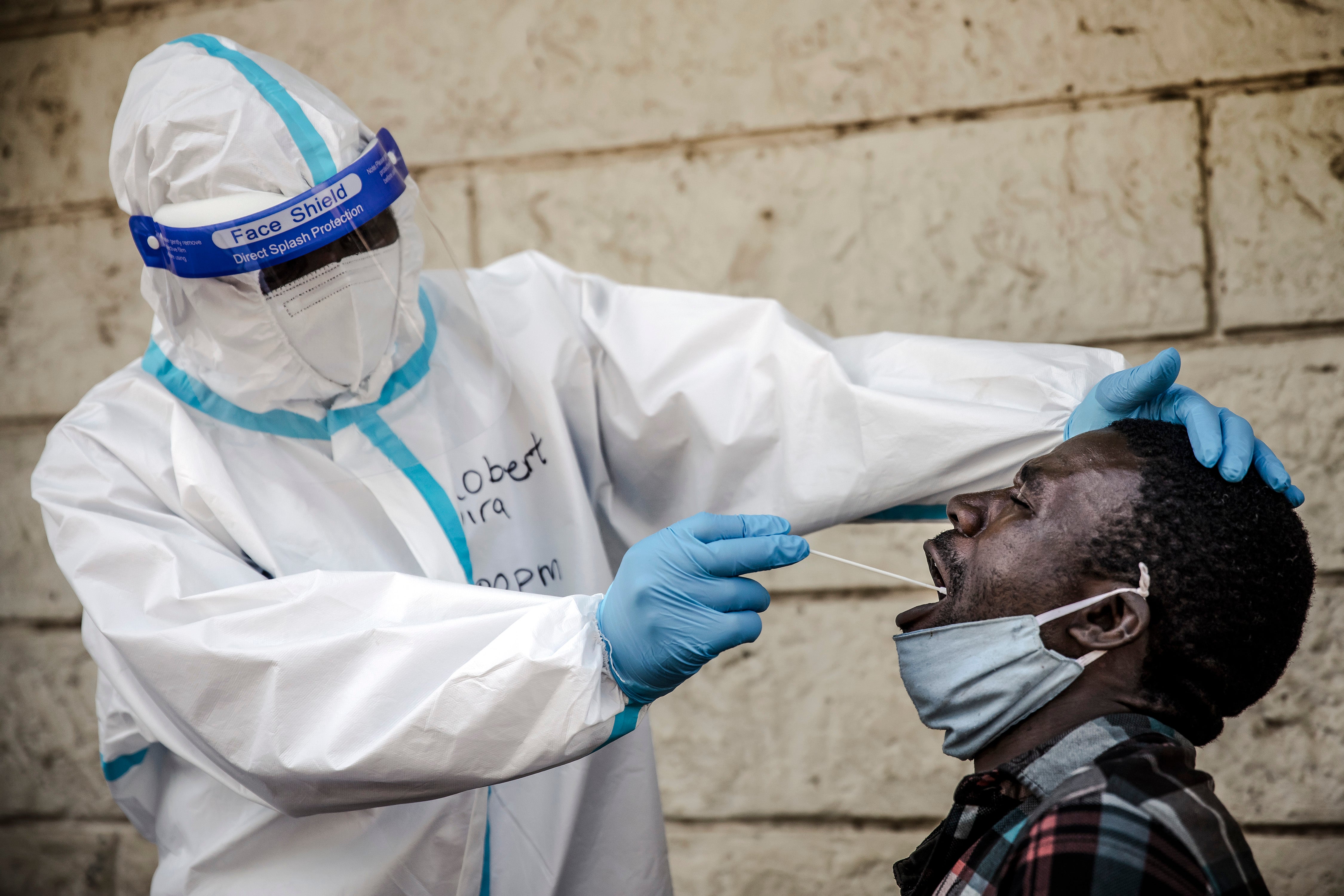 Africa has suffered about three million COVID-19 cases since the start of the pandemic—at least officially. The continent’s comparatively low number of reported cases has puzzled scientists and prompted many theories about its exceptionalism, from its young population to its countries’ rapid and aggressive lockdowns.

But numerous seroprevalence surveys, which use blood tests to identify whether people have antibodies from prior infection with the novel coronavirus (SARS-CoV-2), point to a significant underestimation of African countries’ COVID burden. Undercounting could increase the risk of the disease spreading widely, hinder vaccine rollout and uptake, and ultimately threaten global efforts to control the pandemic, experts warn. Wherever the virus is circulating—especially in regions with little access to vaccines—new mutations are likely to arise, and it is crucial to identify them quickly.

Viral variants are already complicating vaccination drives around the world. New SARS-CoV-2 variants first detected in South Africa, Brazil and the U.K. have raised concerns that they could be more transmissible or make available vaccines less effective. And drugmakers are scrambling to develop vaccine boosters to protect against them. (The currently authorized vaccines still provide strong protection against severe disease and death.)

Undiagnosed transmission of COVID in African countries increases the risk of new variants taking hold in the population before authorities have a chance to detect them and prevent their spread, says Richard Lessells, an infectious disease epidemiologist at the KwaZulu-Natal Research and Innovation Sequencing Platform in South Africa. That nation has the highest number of recorded cases on the continent (many of them caused by a new variant). And officials suspect that its surveillance network is only catching one in every 10 infections.

Mutations develop spontaneously as a virus replicates and spreads. While many of them are innocuous, they can sometimes make the pathogen more transmissible or deadly, as seen in the SARS-CoV-2 variant first detected in the U.K.

“If you allow it to continue to spread, it will continue to evolve,” warns Lessells, who was part of the team that first identified the new variant in South Africa. The threat of mutation is greater if the virus is moving unhindered through large swaths of a country’s or region’s population. Lessells emphasizes that Africa is not the “problem” and that new variants could just as easily emerge elsewhere. Rather the issue is vaccine equity. “It is clear that if we leave Africa behind on the vaccine front, then there’s clearly a risk that it gets more challenging to control transmission,” he says.

The underestimation of COVID cases feeds into a narrative that African countries do not need vaccines as urgently as other nations. After all, if there are relatively few cases and deaths, then some people may say, “Good, no problem––they don’t need vaccines,” says Maysoon Dahab, an infectious disease epidemiologist at the London School of Hygiene & Tropical Medicine. Her research estimated that only about 2 percent of COVID deaths in Khartoum, Sudan, were correctly attributed to the illness between last April and September.

Many African countries have initiated limited vaccination programs, mainly procured through the COVID-19 Vaccine Global Access (COVAX) Facility. Vaccines are earmarked for health care workers and extremely vulnerable groups. They are simply not available to inoculate entire African nations in the short to medium term—both as a result of global demand and because of rich countries hoarding doses.

Currently, rich nations accounting for 16 percent of the world’s population have bought 60 percent of the global vaccine supply, wrote World Health Organization director general Tedros Adhanom Ghebreyesus in Foreign Policy last month. “Many of these countries aim to vaccinate 70 percent of their adult population by midyear in pursuit of herd immunity,” he wrote.

Vaccine-induced herd immunity is not likely for African countries in the near future. A spokesperson for COVAX co-leader GAVI, the Vaccine Alliance, told Scientific American that the initiative aims to vaccinate 20 percent of people in its member countries by the end of the year. “COVAX’s work has only just begun: it is vitally important that manufacturers continue to support COVAX and governments refrain from more bilateral deals that take further supply out of the market,” the spokesperson said.

But if reported COVID cases are low, officials may struggle to persuade people to get a shot even if they are in a position to do so. The low reported disease numbers are bolstering vaccine hesitancy, warns Catherine Kyobutungi, executive director of the African Population and Health Research Center in Nairobi, Kenya. “People are asking why they need to be vaccinated when they’ve already gotten rid of the virus without vaccines,” she says.

Kenya has officially had 122,000 cases, but a nationwide blood-bank survey found that about 5 percent of more than 3,000 samples taken between last April and June contained SARS-CoV-2 antibodies. If extrapolated, this finding points to the possibility of millions of undiagnosed cases in Kenya, although some scientists say that the survey was not representative of the general population and could have had skewed results. Nevertheless, the country aims to vaccinate 30 percent of its population—a figure Kyobutungi describes as a “drop in the ocean”—by 2023.

Without widespread access to vaccines, African countries are relying on basic public health measures such as mask wearing and handwashing alone to control the disease’s spread. And, as with vaccination, people could dismiss these measures as unnecessary if the numbers misrepresent the risk of infection.

Governments may also take the statistics at face value and downscale their COVID surveillance efforts, Kyobutungi warns. That is, they may do so “until something terrible happens or, a year down the line, there’s a Malawian variant, a Ugandan variant or Sudanese variant,” she says. “If new lethal variants emerge in Africa, Africa gets cut off from the rest of the world, or the variants spread like the first cases in China. Then you have cases everywhere, and we need to vaccinate the whole world all over again.”

Others, however, are less concerned about undercounting and its potential consequences. Epidemiologist Salim Abdool Karim, co-leader of South Africa’s ministerial advisory committee, says that the only way to completely protect the public is to presume “everybody is potentially infected” and institute universal health measures such as mask wearing. “Vaccines are an important part of our prevention tool box—probably the most important part,” Abdool Karim says. “But they aren’t enough on their own.”

Ngoy Nsenga, WHO Africa’s program manager for emergency response, agrees that variants are a concern and that the best response is implementing public health interventions. “Of course, we wish we could have vaccines to vaccinate everyone and stop the chain of transmission, but because of availability, that is not possible,” he says.

Without worldwide concurrent vaccination, COVID will continue to spread. With the disease, African countries are “here for the long haul,” Nsenga says. And if that is true for the continent, it could well be true for the rest of the world. “If any place, any country, is not safe in this world, no country will be safe,” he says.

Read more about the coronavirus outbreak from Scientific American here. And read coverage from our international network of magazines here.

Is Scotland vs Austria on TV tonight? Kick-off time, channel and how to watch World Cup qualifier