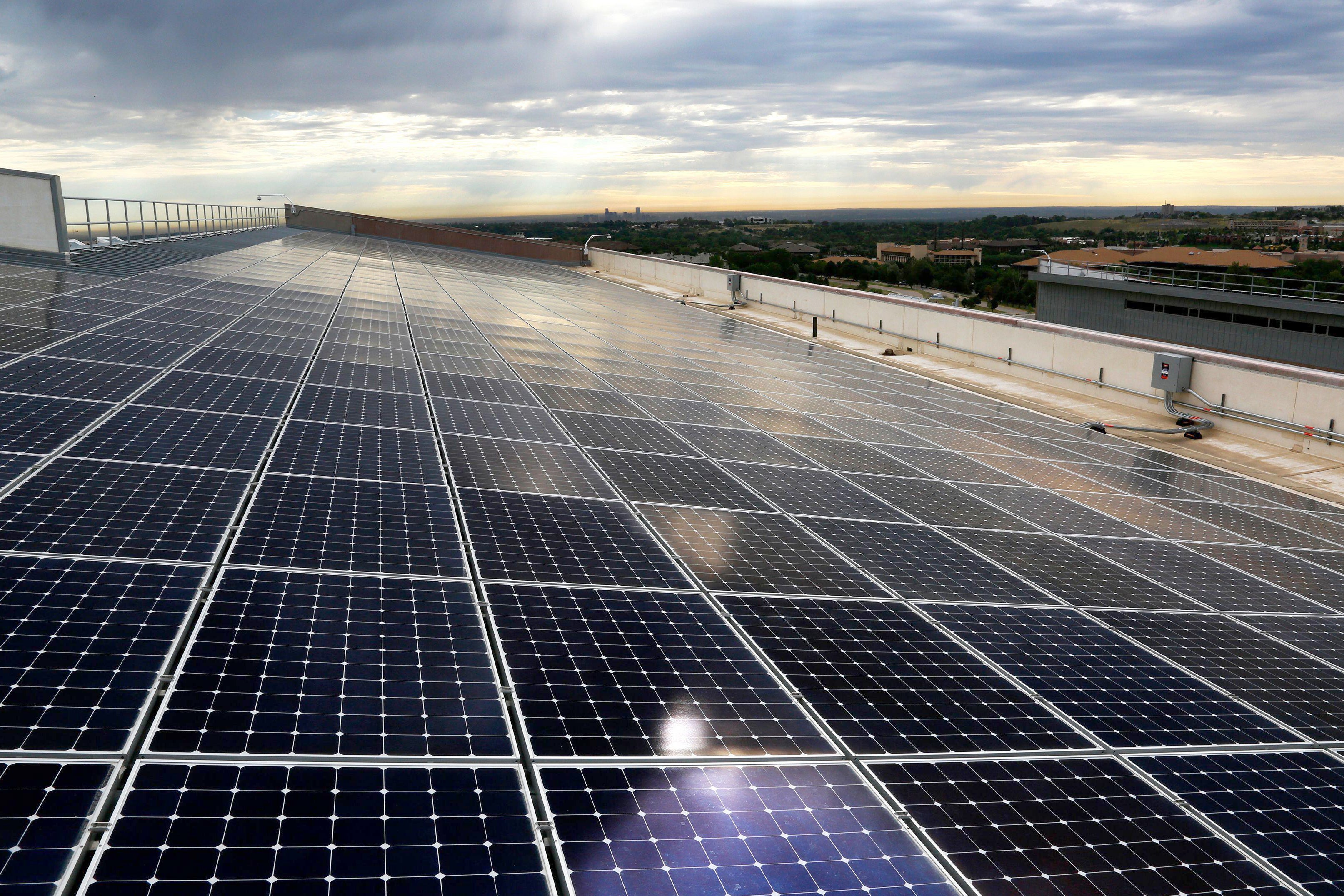 A funny thing happened as the U.S. prepared to launch an experiment to protect the nation’s future electric grids.

It turned into a real-world test.

Rising amounts of renewable energy will reduce greenhouse gases, but engineers worry about restoring wind- and solar-rich grids after blackouts.

So in August, Dan Brouillette, then the secretary of Energy, visited the department’s National Renewable Energy Laboratory (NREL) in Golden, Colo., to mark the pending launch of an experiment. It would use a model of a futuristic grid to test federal efforts to “de-risk” the nation’s electricity supply, Brouillette said.

The test was still months away. The model was being assembled at a nearby 300-acre facility called the Flatirons Campus, which is equipped with wind turbines, a solar array and a big lithium-ion battery. Researchers at the lab were preparing to add a hydrogen energy storage system and electric vehicle charging stations to reflect a future “hybrid” power grid.

Then a transformer blew up.

It plunged Flatirons into darkness and set the stage for a riskier test.

“People were saying, ‘Hey, we have to get a big [diesel-powered] generator in here, it will take weeks to fix the substation,'” explained Ben Kroposki, director of power system engineering at NREL.

“And the researchers were like, ‘Hey, we have all these renewable assets here. Can we use those instead of just running on diesel fuel?'”

Kroposki is among the experts who have been studying this question for years. When an electric power grid runs with more than 80% renewable energy, they worry that it could behave differently. No one had tried to restart a large power system like that after a blackout without bringing in outside power.

But the falling prices of solar and wind power and the fact that utilities are responding by rapidly deploying more of it, is a sign that future grids may arrive sooner than anticipated, Kroposki said.

The diesel generator arrived at NREL, but the agency decided to see if the model grid could be restarted without it. Researchers began by reviving a small piece of the model, a practice called “islanding.”

“We’ve always talked about islanding, but no one had asked us to do it,” explained Robb Wallen, lead engineer of the experiment.

There were unknown safety issues, and it took a week and a half to develop an approach to minimize them. “Most of the discussion was certainly on the front end of this, of really being sure we could do all of this safely without jeopardizing any of the staff,” explained Daniel Laird, who directs NREL’s wind power center.

They started by bringing in smaller batteries to recharge the Flatirons lithium-ion battery. That provided enough power to turn on the computers in the campus control room, which allowed the engineers to restart the solar array.

They also had enough juice to activate the wind turbines, but for better than two days the wind was “negligible,” said Laird, the lab’s wind expert.

Then, after long hours of tension and trial and error, power at Flatirons was restored without using the generator.

Laird explained that the data from the unexpected experiment is still being analyzed. “But what we’ve done here can really be a good blueprint for cyberattacks, extreme weather, equipment failure events of various kinds and, you know, how do you get the system back up quickly,” he said.

“Doing that at this scale was sort of exciting,” added Laird.

Of course, power grids are thousands of times larger than the renewable-dominated grid assembled at Flatirons. “But what we did was develop a foundational control that could be used if you deployed renewable energy at a much larger scale,” said Kroposki.

Researchers said the key was reprogramming electronic devices called “inverters” that connect renewable energy sources to the grid. In today’s blackouts, renewable power sources are customarily shut down and the system is restarted with outside power from traditional generators. The “smarter” inverters allowed the renewable-heavy model grid to repower itself.

The growth of renewable energy on the nation’s three power grids is accelerating more quickly than many people think. According to the Institute for Energy Economics & Financial Analysis, renewable energy from utility-scale solar, wind and hydropower generated more electricity than coal on 131 days during the first 10 months of 2020.

Erik Ela is a principal project manager at the Electric Power Research Institute (EPRI), whose members recently approved a goal to reduce greenhouse gas emissions from electricity production to zero or near zero by 2050. EPRI’s utility members account for about 90% of the electricity revenue in the U.S.

Ela noted that there is “a potential lack of confidence from [grid] operators that the resource [renewable energy] will be able to respond when needed.”

Part of the problem, he explained in a statement, is that there is a need for more accurate weather forecasting to predict the output of wind and solar power.

“Better forecasts can improve this,” he said, along with more financial incentives for solar and wind facilities to store energy when it exceeds their needs. That will help them respond to a loss in power elsewhere in their grids, a job that is usually filled by fossil-fueled power plants.

In preparation for its goal-setting deliberations for 2050, EPRI invited 56 experts from around the world to Denver in May 2019. Cautionary thoughts emerged from the meeting.

They warned about illusions, noting in their written conclusions that 100% renewables is an admirable goal but one that is presently “easily achieved at a high cost and/or a low level of reliability.”

Among the challenges facing the U.S. are efforts to enlarge the electric power system to give it the capacity to heat more buildings and to supply fuel for a majority of vehicles expected to be fueled by electricity.

There are lots of novel experiments underway. In Austin, Texas, a group called Pecan Street Inc. is launching a global competition for university students. There will be a $2,500 prize to develop an algorithm that describes how communities might organize fleets of electric vehicles in residential neighborhoods to send power back to the local grid when it needs help.

To keep track of experiments like this, EPRI has formed a new group called the Low-Carbon Resources Initiative. It will operate in tandem with the Gas Technology Institute, a nonprofit that works with the natural gas, biogas, pipeline systems and emerging hydrogen industries.

Jeffery Preece, a spokesman for the Low-Carbon Resources Initiative, said its job will be to look at emerging technologies to see which ones may be ready by 2030 to help EPRI reach its 2050 goal.

“We’re going to have to come up with a lot of clean electrons,” he said.

The state of digital transformation in Malaysia | ZDNet 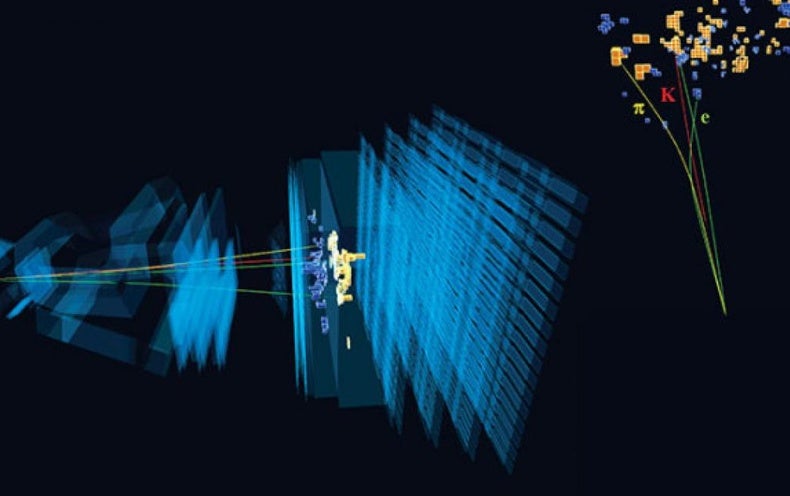