President Biden has ordered that flags be lowered to half-staff to remember the 500,000 Americans who died of COVID-19 and will hold a national moment of silence.

The text of Biden’s proclamation as provided to PolitcusUSA by the White House:

As of this week during the dark winter of the COVID-19 pandemic, more than 500,000 Americans have now died from the virus. That is more Americans who have died in a single year of this pandemic than in World War I, World War II, and the Vietnam War combined. On this solemn occasion, we reflect on their loss and on their loved ones left behind. We, as a Nation, must remember them so we can begin to heal, to unite, and find purpose as one Nation to defeat this pandemic.

In their memory, the First Lady and I will be joined by the Vice President and the Second Gentleman for a moment of silence at the White House this evening. I ask all Americans to join us as we remember the more than 500,000 of our fellow Americans lost to COVID-19 and to observe a moment of silence at sunset. I also hereby order, by the authority vested in me by the Constitution and laws of the United States, that the flag of the United States shall be flown at half-staff at the White House and on all public buildings and grounds, at all military posts and naval stations, and on all naval vessels of the Federal Government in the District of Columbia and throughout the United States and its Territories and possessions until sunset February 26, 2021. I also direct that the flag shall be flown at half-staff for the same period at all United States embassies, legations, consular offices, and other facilities abroad, including all military facilities and naval vessels and stations.

IN WITNESS WHEREOF, I have hereunto set my hand this twenty-second day of February, in the year of our Lord two thousand twenty-one, and of the Independence of the United States of America the two hundred and forty-fifth.

Half of a million deaths is a grim milestone in the history of the nation and it was preventable. With competent and proper leadership, hundreds of thousands of Americans would not have lost their lives. Americans always remember the victims of 9/11, but we must always never forget the victims who continue to lose their lives every single day to the coronavirus pandemic.

For more discussion about this story join our Rachel Maddow and MSNBC group.

Mr. Easley is the founder/managing editor, who is White House Press Pool, and a Congressional correspondent for PoliticusUSA. Jason has a Bachelor’s Degree in Political Science. His graduate work focused on public policy, with a specialization in social reform movements. 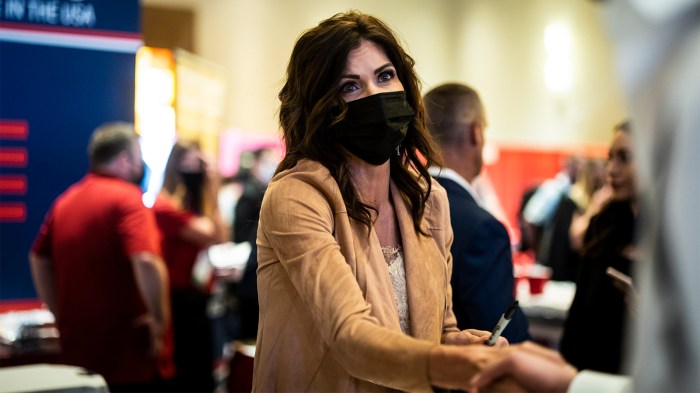 Ignore What Potential 2024 Presidential Candidates Say. Watch What They Do.