A men waits for a transmilenio bus using a Colombian soceer team t-shirt during the sectorized lockdowns, on August 21, 2020, in Bogota, Colombia.

LONDON — It is time for investors to position for a year-end rally in emerging market currencies and sovereign credit, Morgan Stanley analysts have said, citing less time for surprises ahead of the U.S. presidential election and supportive seasonal factors.

It comes with little over a week before the U.S. vote, with some market participants increasingly pricing in the prospect of a Democratic president.

President Donald Trump is seen trailing former Vice President Joe Biden in nationwide polling trackers, including in swing states, as both candidates prepare for the final week of campaigning before the Nov. 3 vote.

“The market appears to be underpricing the possibility of a Blue sweep,” analysts at Morgan Stanley said in a research note on Friday, referring to the possibility that the Democratic Party wins the White House, the Senate, and the House of Representatives.

“With limited time left and many votes already cast, we think the opportunity for the polls or events to meaningfully shift the narrative is limited,” the analysts, led by James Lord, said.

“We stress that, while the outcome of the election of course remains uncertain, for those who wish to position for a Democratic win, risk/reward for EM looks compelling especially in the case of a united government, which could result in sizeable stimulus and a more consistent set of economic policies.”

In addition to fewer political risks in the near future, analysts at the bank said a seasonally strong part of the year for emerging markets meant the time had come to go “all-in on EM.”

“While this comes with all of the usual caveats, it is notable that returns from now onwards tend to be much stronger for both credit and local rates,” the analysts said.

When it comes to the coronavirus pandemic, the analysts said that emerging markets were likely to participate “more fully” in a global growth recovery if an effective Covid-19 vaccine was distributed.

“Should this occur, we could see some rotation in investor positioning away from areas of the global economy that have already recovered (like China) to other EMs,” they added.

Drugmakers and research centers are scrambling to deliver a Covid vaccine to bring an end to the coronavirus pandemic that has claimed over 1.15 million lives.

Hopes of a vaccine being developed before the end of the year were boosted on Monday after British pharmaceutical giant AstraZeneca said its vaccine candidate had produced a similar immune response in both older and younger adults.

The vaccine being developed by AstraZeneca, in collaboration with the University of Oxford, is thought to be one of the frontrunners to secure regulatory approval.

Separately, White House coronavirus advisor Dr. Anthony Fauci said in an interview with the BBC on Sunday that the findings of a potentially “safe and effective” vaccine would be known by early December.

The U.S. is now reporting more new cases of the coronavirus, on average over a 24-hour period, than ever before during the pandemic. The country has recorded more than 8.6 million cases of the virus, more than any other country in the world, with 225,239 related deaths, according to data compiled by Johns Hopkins University.

Cases of the virus are also surging in Europe, with France setting new case records and Spain announcing a state of emergency. 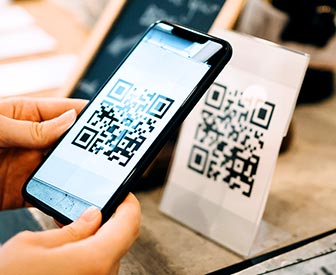 After Hours: Two Huge 2020 Winners Are Big Movers On News