Electric truck entrepreneur, Trevor Milton, who stepped down Monday as executive chairman and board member of his newly public company Nikola (NKLA), may not have contemplated in 2016 how regulators would interpret statements touting its first hydrogen fuel cell truck prototype as a real, “fully functioning vehicle.”

And he may not have considered in 2020, after taking the company public, how the agencies would analyze a podcast during which he told an interviewer that 5 Nikola “Tre” model trucks were contemporaneously coming off its assembly line in Germany.

However the statements, along with a collection of others highlighted in an attack by short seller Hindenburg Research, accusing the company of securities fraud, are at the heart of Milton’s decision to step down. They are also likely at the heart of inquiries now undertaken by federal agencies tasked with deciding whether legal action against the short seller, Milton, or Nikola is warranted.

The U.S. Securities and Exchange Commission (SEC) will be scrutinizing both the short seller’s claims and Nikola’s statements about its technology, even if they were made before it went public, experts told Yahoo Finance.

“The danger with going to the SEC is that no one can control the outcome or negotiate a truce if the SEC takes an interest,” John Coffee, Columbia Law School professor and securities law expert, told Yahoo Finance. “I would tell both sides to be careful about demanding an SEC investigation — because you might get it and it could hurt both sides.” Still, he said, to date the SEC has not closely policed short sellers.

On Sept. 14, Bloomberg reported that the SEC was looking into the dispute between Hindenburg and Milton. The following day, Financial Times reported that U.S. attorneys for the Southern District of New York had been inquiring into the matter.

Despite Milton’s vows to defend himself and his company, two former senior SEC officials who analyzed several of Nikola’s statements said based on what has been publicly reported about the dispute, the startup founder could face difficulty defending the statements, under legal scrutiny. These former officials asked not to be identified due to client relationships that made them uncomfortable commenting publicly.

Hindenburg’s statements, the former officials said, will also face equal legal scrutiny, and may be actionable if they are found to be misleading or untrue.

News of the federal inquiries followed Nikola’s confirmation that its lawyers had raised concerns about the Hindenburg report with the SEC. So far, no official investigations have been announced.

Coffee said while the agencies have no obligation to take on official investigations, they do have an obligation to act even-handedly and to listen to both sides.

The laws allow legal action to be taken against a company or its representatives for statements that are false or misleading (including misleading by omission), made in connection with the purchase, sale or offering of securities, and material (they would matter or be relevant to the average, reasonable investor).

One major difference between the laws is that the 1933 provision allows for legal action based on negligent statements, whereas the 1934 provision requires statements to be either intentional or reckless.

On Sept. 14, Nikola released a rebuttal to the short seller report responding to some of Hindenburg’s more damning allegations, including that Milton lied at times when he described Nikola’s prototype truck as fully functional and not a “pusher” vehicle that doesn’t actually function.

In the rebuttal, Nikola re-characterized its “Nikola One” semi truck prototype — which Milton’s referenced as a “fully functioning vehicle” during a 2016 interview — as a real truck “designed (emphasis added) to be powered and driven by its own propulsion.” Milton also said the truck “fully functions and works” in a 2016 presentation. The company did not confirm in its rebuttal whether Milton’s 2016 statements were true at the time they were made.

The same semi truck prototype was also shown in a 2017 Nikola promotional video, traveling down a road at a high rate of speed and described in a YouTube caption as “in motion.” Once Hindenburg claimed the truck was merely rolling down a hill instead of driving on its own power, Nikola admitted the semi had not been driving on its own propulsion, yet stated that truck was “designed” to do so.

“It was never described as ‘under its own propulsion’ or ‘powertrain driven,’” the company said. It added, “Nikola investors who invested during this period, in which the Company was privately held, knew the technical capability of the Nikola One at the time of their investment.”

Legal experts point out that while Milton’s 2016 statement and Nikola’s video were originally disseminated while the company was a private entity, the timing alone does not automatically absolve the parties of continued legal responsibility for their representations.

“One question is whether statements being relied upon are still relevant,” Renee M. Jones, associate dean for academic affairs and professor of law for Boston College Law School, told Yahoo Finance.

Another expert explained that the representations, if not amended or appended to correct any false or misleading representations, can remain relevant to investors who rely upon them, and therefore potentially satisfy the materiality element, especially those such as Milton’s 2016 interview and Nikola’s promotional video, both of which remained readily accessible online.

The attorney described the Nikola One promotional video as potentially misleading by omission given that nothing in the promotional video may be technically false, yet Nikola admitted the vehicle was not operating as it appeared.

Even if Nikola told early investors the truck didn’t work, the lawyer said, if you get to the IPO and that video is still accessible on YouTube or the company’s website, and you don’t make any disclosures to correct the misleading information, it may not satisfy the laws’ requirement to refrain from misleading communications.

As for Milton’s 2016 interview statement saying its Nikola One truck was “fully functional,” another expert said that it may be legally problematic because a statement about the readiness of a startup automotive company to produce vehicles would likely matter to average investors, was arguably false and likely known to Milton to be false, and could potentially be viewed as having been made in connection with the sale or purchase of securities. Still, more about the interview would need to be known to fully analyze whether the statement was made in connection with the sale, purchase or offering of securities.

Perhaps more problematic is Milton’s post IPO July 2020 claim that Nikola’ Tre model trucks had been rolling off the company’s assembly line in Germany. In its rebuttal, the company seemed to contradict the possibility of that being true, stating that it remained “committed to substantial completion” of the manufacturing facility. Again, the company neither confirmed nor denied whether the statement was true when it was made.

“If he made a factual-less assertion that there were trucks coming off the assembly line, and stating that as a fact, and that turns out not to be true — and if its material to investors, and investors would rely on that statement in assessing the value of the securities, that would seem to be a basis for Rule10(b)5 liability,” Jones said.

Still, Jones cautioned that significant facts around both parties’ statements are necessary to develop before a full analysis can be made.

‘Nikola is truly in my blood’

In a statement posted to Nikola’s website early Monday morning, Milton attributed his reduced role at the company to attention drawn by the short seller report and reiterated his intent to defend against it.

“Nikola is truly in my blood and always will be, and the focus should be on the Company and its world-changing mission, not me,” he said. In a separate Twitter post Milton added, “I intend to defend myself from false allegations leveled against me by outside detractors.”

In an earlier statement rebutting Hindenburg’s initial claims, Nikola said on its website that the attack was “designed to provide a false impression to investors and to negatively manipulate the market” for the short seller’s gain.

Nikola investor General Motors, which announced in September that it had acquired an 11% stake in the company, stood by its investment following Hindenburg’s report, as did its early partner, Bosch, which told U.S. News and World report it would continue to work with the company.

“The company has worked with a lot of different partners and we’re a very capable team that has done the appropriate diligence,” GM CEO Mary Barra reportedly said during a conference Monday with RBC Capital Markets.

During mid-afternoon trading on Wednesday, Nikola (NKLA) shares traded around $23, significantly lower than its high of $62.90 reached in June. On Sept. 10, the day of Hindenburg’s first published report, Nikola shares closed at $37.57.

Alexis Keenan is a legal reporter for Yahoo Finance and former litigation attorney. 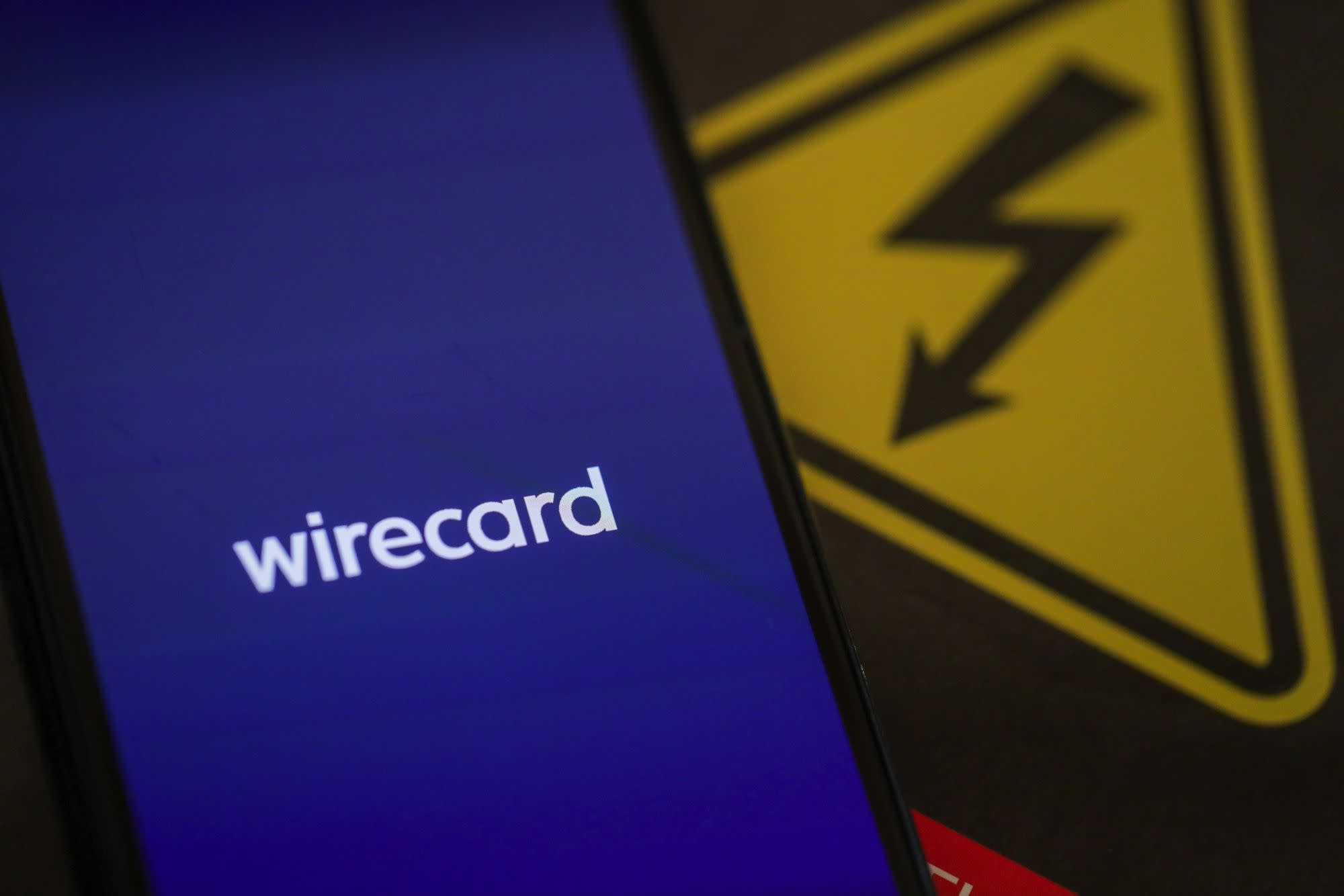 Here’s What We Like About Carrier Global’s (NYSE:CARR) Upcoming Dividend